All scholars will spend at least one semester at the Duke University Marine Laboratory (DUML) and one or more semesters at the Medical Center campus in Durham. Scholars will have funding available for travel to conferences, research supplies, classes, and other professional development activities. In addition to the training that they receive, a community of scholars will be developed both within each cohort of scholars and among alumni of the program.

Scholars in Marine Medicine will engage in an immersive research independent study experience in their sophomore and/or junior year. Scholars will perform research at both the Duke University Marine Lab and Duke’s main campus, where faculty mentors on each campus will guide students through their research projects. Scholars will focus on research that cuts across disciplines, such as:

Scholars will participate in both structured and informal training activities that will contribute to a broad undergraduate research experience. Training activities will include the discussion and review of scientific literature, experiential learning, and scientific communication.

Newly-selected Scholars in Marine Medicine will meet weekly beginning in November of their first fall semester as scholars. These meetings will alternate between lab meetings to go over research progress and peer-led mentoring to review and synthesize previously discussed material. Additionally, scholars will participate in monthly journal club meetings. Collectively, these discussions will foster scientific communication and critical thinking skills.

In their senior year, scholars will write up their research projects as an honors thesis for Graduation with Distinction. The ultimate goal of the thesis will be to publish the research results in a peer-reviewed journal.

View activity schedule as a PDF

The application opens fall semester and closes in mid-October. 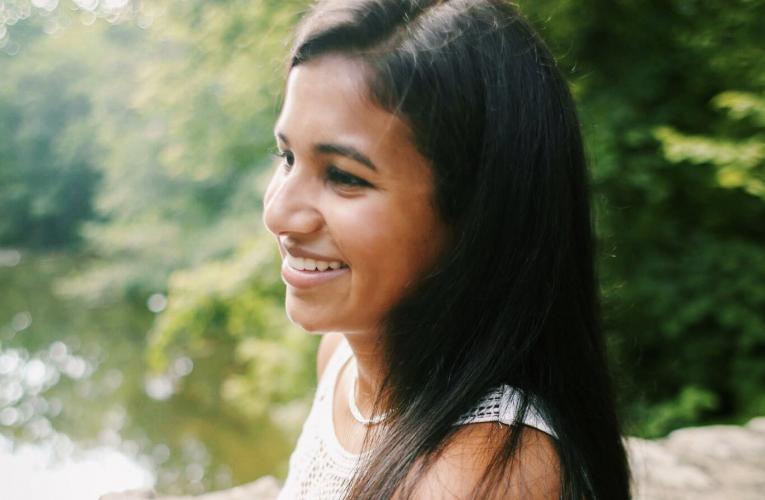 I am a rising junior at Duke studying Biomedical Engineering. I first fell in love with the oceans in the second grade when I watched Free Willy, did a research project on orcas and started swimming competitively. Growing up, I spent more time in or thinking about the water than just about anything else. At Duke, I am involved with the organization Duke Conservation Tech (DCT), where I learned of the unexplored potential of applying techniques from medical and tech fields to the conservation movement and vice versa. Through DCT, I was a co-organizer of a sustainable tech ideation conference, Blueprint, where I was first introduced to Duke’s Comparative Oncology Lab. I look forward to continuing my design and research work with them in the coming years! 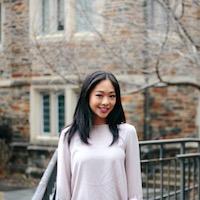 I’m currently a junior majoring in Biology and minoring in Chemistry. I am pursuing a concentration in Cell and Molecular Biology and I am also on the pre-health track. I was born and raised in New Jersey, where I developed a passion for medicine by volunteering at my local hospital and obtaining my New Jersey state-certified Emergency Medical Technician (EMT) license. At Duke, I am pursuing this interest in medicine through my studies as well as by volunteering in the Duke University Hospital. I spent the fall semester of my junior year studying at the Duke Marine Lab, where I was introduced to various areas of marine science and became fascinated with marine biology and its intersection with medicine.

Aside from STEM, I am also interested in art. I have drawn and painted since a very young age and have entered and won several national and international art contests throughout my high school career. I have continued expressing my artistic side at Duke through my participation in Small Town Records (STR) as a Visual Media Representative and as a Stylist for Duke’s The Standard publication. If I am not studying or painting, one can also find me enjoying the outdoors. 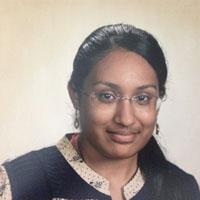 I am a sophomore at Duke majoring in Biology. I have enjoyed working on research since high school through the School for Science and Math at Vanderbilt, where I had the amazing opportunity to intern at the Ihrie Lab and work with glioblastoma organoids. In the summer of 2018, I had the chance to assess the effects of drugs on triple-negative breast cancer in the Tiwari Lab. At Duke, I am involved in Environmental Alliance, an environmental group on campus that seeks to educate and connect students with the Duke community and beyond. I am grateful for the opportunity to join this program, and I cannot wait to explore marine resources in my research. 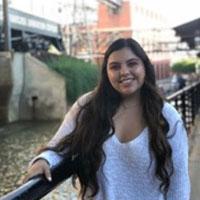 I am currently a junior majoring in Biology with a concentration in Anatomy, Physiology, & Biomechanics and a minor in Chemistry. I was born and raised in Las Vegas, Nevada and fell in love with medicine while volunteering in the emergency department of the busiest hospital in the city. For most of my life I never saw the connection between marine life and medicine but in the fall of my junior year I spent a semester at the Duke Marine Lab and became interested by the cross section between humans and marine mammals. As a new scholar I hope to study this relationship further. Last summer I worked for a viral vector core where we created and studied the advancements of vectors in various neurological disorders. Outside of school and research, I spend my time playing soccer for an intramural co-ed team, volunteering at the Hospital, and teaching English to Spanish speaking adults and children. I also love to travel, try new foods, get creative with makeup, and go to concerts. 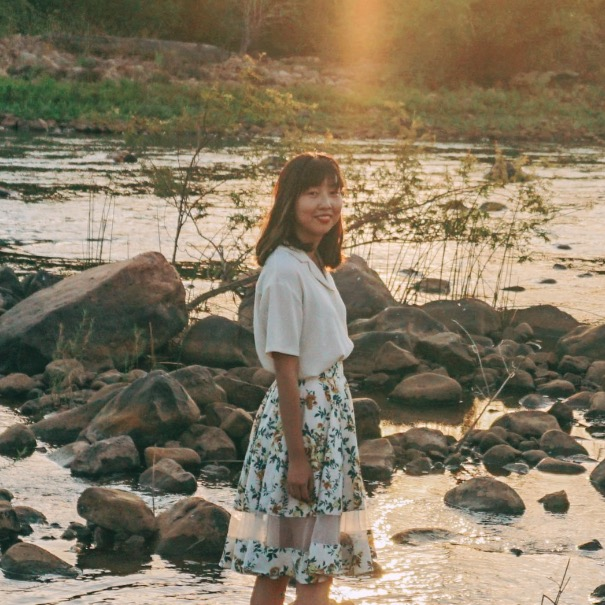 Bio: Before coming to Duke, I lived in Taiwan for 18 years. I’m currently a senior majoring in Biology and minoring in Visual and Media Studies. I grew an interest in marine science ever since I read the German novel “The Swarm” in middle school. After taking a field research course at Belize about marine ecology through Duke Marine Lab, I decided that it is something I want to pursue in the future. I interned at an NGO named The Royal Marine Conservation Society of Jordan this past summer, helping with the research and the graphic design work. Besides research, I have a passion in science communication. I own a YouTube channel with more than 100,000 subscribers. It is mainly about fashion and beauty, but I also strive to bring to light issues I’m passionate in, and inspire my audience to take action. I cooperated with the National Museum of Marine Biology & Aquarium in Taiwan to host events and talks on environmental topics. I am beyond grateful to join this program and I look forward to my remaining year with this amazing community!

Research: For organisms with large body mass, a major constraint on the evolution is the increased risk of developing cancer. If all cells have a similar risk of malignant mutation and equivalent cancer suppression mechanisms, organisms with more cells would be expected to have higher rates of cancer-causing mutations than organisms with fewer cells. Yet, this isn’t true. This lack of correlation between body size and cancer risk is known as Peto’s Paradox. Among the mechanisms that large animals may have evolved that resolve Peto’s paradox are an increase in the copy number of TP53, a tumor suppressor gene. Sperm whales, however, only have one copy of TP53 gene; therefore, we hypothesize that the tumor suppression activities of TP53 in sperm whale are stronger than human TP53. Our goal is to investigate the TP53 gene of sperm whale and its tumor suppression activity as a potential mechanism to explain how they have evolved enhanced resistance to cancer. 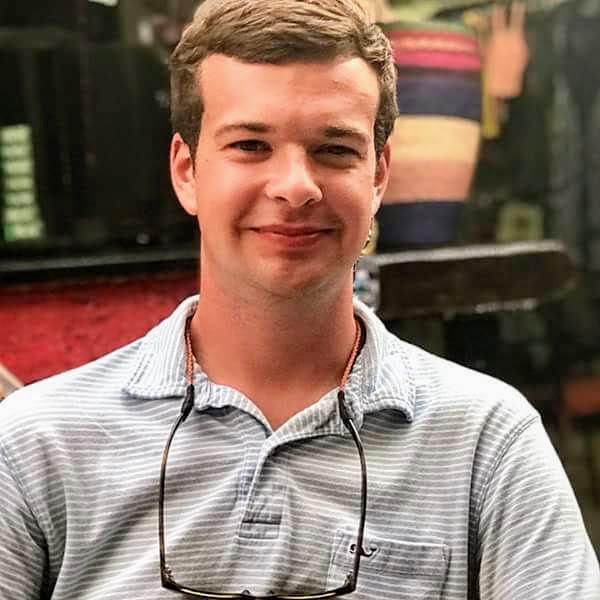 Bio: My name is Parker Mathews, and I am a rising senior Biology major at Duke University. I was born and raised in Kansas City, where I became interested in medicine while volunteering in an emergency room. I had the amazing opportunity to study at the Duke Marine Lab in Beaufort, NC during the Spring 2018 semester, and travel with faculty to Belize and Singapore. During my semester at the Marine Lab, I grew passionate about the oceans and marine life, and am currently spending this summer here conducting a research independent study as a Scholar in Marine Medicine. Outside of the lab, I work for a rescue squad as an Emergency Medical Technician in Franklin County, NC. I have also worked as an analyst for two companies providing emergency telemedicine and teleneurology services to individuals, travelers, hospitals, and the government. In my free time, I love golf, travelling, mountain biking, and Kansas City sports.

Research: My Scholars in Marine Medicine project is co-sponsored by Dr. Tom Schultz at the Duke Marine Lab and Dr. Jason Somarelli at the Duke Cancer Institute. My project ties into a much larger, decades-long attempt to understand the adapted resistance of certain populations of the Atlantic killifish (Fundulus heteroclitus) to environmental carcinogens and teratogens (PAHs, PCBs, dioxins, etc.). Advances in DNA sequencing technology have given researchers new tools to analyze genetic variation within- and between- populations of these fish. My work at the Duke Marine Lab is primarily grounded in bioinformatics, attempting to leverage existing data on regions/targets of selection between adapted and non-adapted populations of killifish to learn more about the roles of specific genes in the adapted toxicity-resistant phenotype. Specifically, my project is looking at a group of genes involved in the aryl hydrocarbon receptor pathway, including the aryl hydrocarbon nuclear translocator (ARNT). In addition to its role in the metabolism of environmental toxins, ARNT is also the beta subunit of the hypoxia-inducible factor 1 (HIF1), which is known to play a role in tumor progression in many cancers. The overall goal of this project is to continue this research at the Duke Cancer Institute and apply findings from adapted carcinogen/teratogen resistance in killifish to mouse or human cell lines to better understand ways to combat exposures to environmental carcinogens.

Each fall, the Duke University Marine Lab and Duke Comparative Oncology Group will select Scholars in Marine Medicine for the upcoming academic year.

Sophomores and juniors are eligible to apply. Scholars will be announced in late November.

All application materials should be emailed to the Scholars in Marine Medicine Program Director, Dr. Jason Somarelli by the deadline. Applications with statements or resumes exceeding the one page length limit will not be considered. Semi-finalists will be selected from the pool of applicants for interviews with the Program Director. 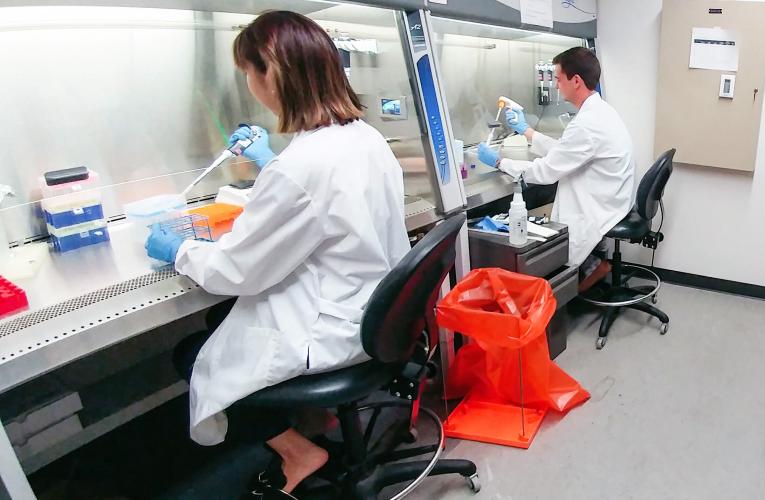 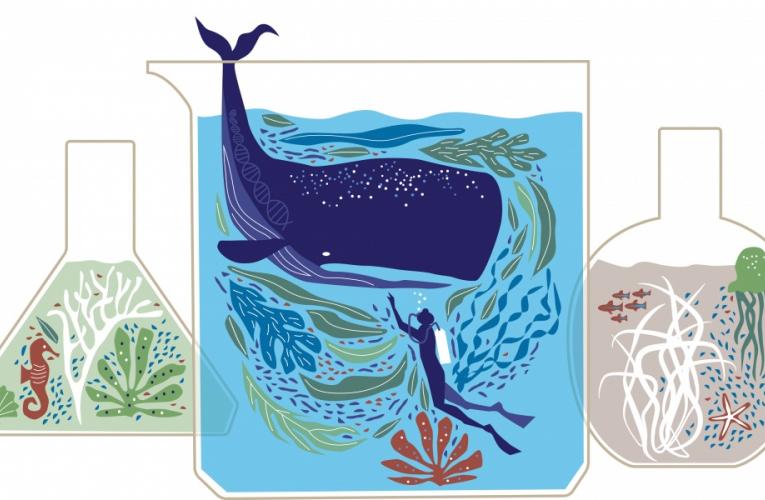 How Do Whales Fight Off Cancer? 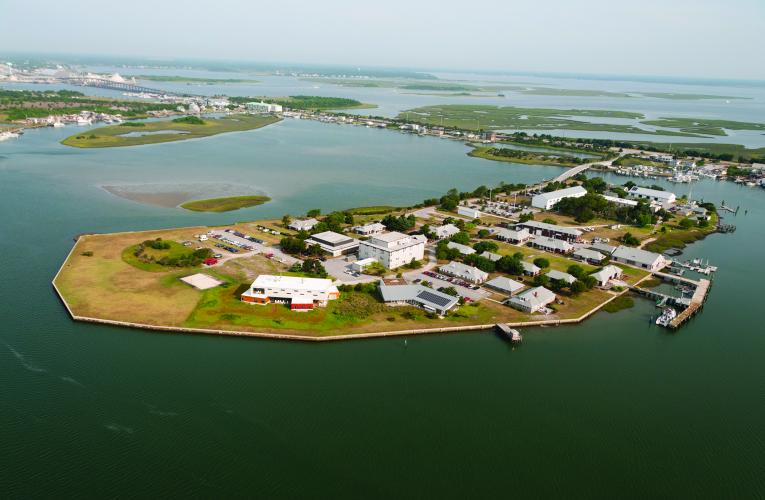