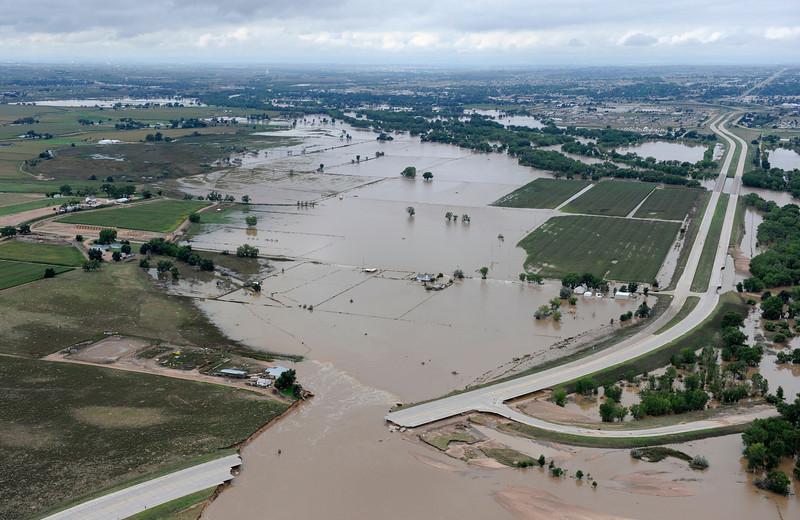 DURHAM, N.C. – Recent studies have suggested that people who experience the impacts of hurricanes, catastrophic flooding or other severe weather events are more likely to believe in, and be concerned about, climate change in the wake of the disaster.

But a new study by researchers at Duke University and the University of Colorado Denver (UCD) finds that not all severe weather impacts have the same effect.

“How our community or neighborhood fares –- the damages it suffers –- may have a stronger and more lasting effect on our climate beliefs than individual impacts do,” said Elizabeth A. Albright, assistant professor of the practice of environmental science and policy methods at Duke’s Nicholas School of the Environment.

“We found that damage at the zip-code level as measured by FEMA was positively associated with stronger climate change beliefs even three or four years after the extreme flooding event our study examined,” Albright said.

People who perceived that damage had occurred at such a broad scale were more likely to believe that climate change is a problem and is causing harm, she explained. They were also more likely to perceive a greater risk of future flooding in their community.

In contrast, individual losses such as damage to one’s own house appeared to have a negligible long-term impact on climate change beliefs and perceptions of future risks.

“These findings speak to the power of collective experiences and suggest that how the impacts from extreme weather are conceptualized, measured and shared matters greatly in terms of influencing individual beliefs,” said Deserai Crow, associate professor of public affairs at UCD.

Albright and Crow published their peer-reviewed paper May 31 in the journal Climatic Change.

To conduct their study, in 2016 and 2017 they surveyed residents of six Colorado communities -- Boulder, Longmont, Lyons, Estes Park, Loveland and Evans -- that had suffered devastating flooding after days of intense rainfall dropped nearly a year’s worth of precipitation in mountains upstream from them in September 2013.

The surveys queried residents about their climate change beliefs, their perception of the extent of damage caused by the 2013 flooding, and their perception of future flood risks in their neighborhood. It also asked for personal information, such as political affiliation.

“As expected, we found that political affiliation was related to the extent to which flood experience affected a person’s climate beliefs,” said Crow, who is also an affiliate with the Center for Science & Technology Policy Research at the University of Colorado Boulder.

This partisan divide did not extend to perceptions of future floods risks, she noted. Republicans and Democrats perceived similar levels of risk, regardless of whether or not they attributed it to human-caused climate change.

“It’s important that we understand these differences and commonalities if we want to build back better and more resiliently after a severe weather disaster,” Albright said. “As climate change plays out and we see more frequent extreme weather and floods, how communities respond to those events may predict how resilient they become and how they will recover.”

Note to Editors: Elizabeth Albright is available for additional comment at elizabeth.albright@duke.edu. Deserai Crow is available at deserai.crow@ucdenver.edu.