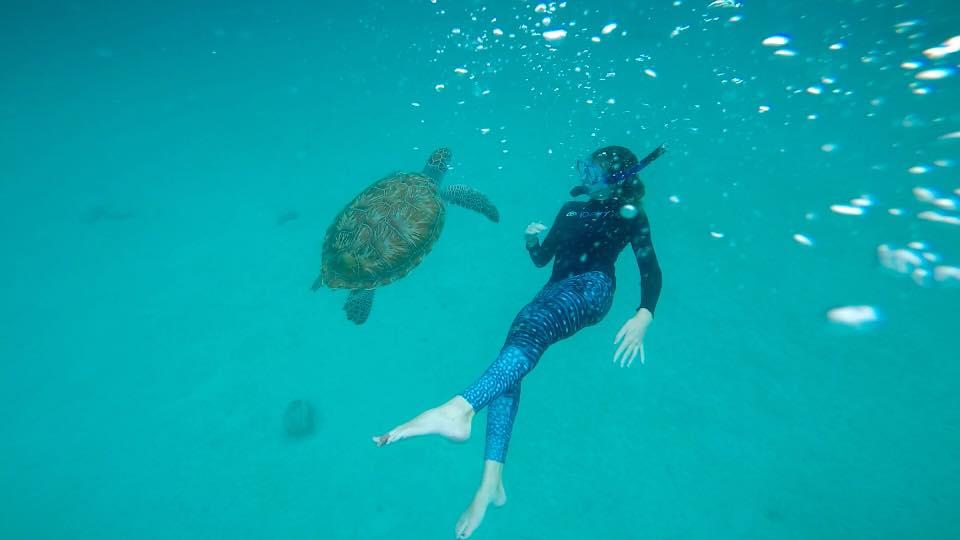 The Earth and Ocean Sciences major traveled to Cancun, Mexico, in June to swim with whale sharks after winning the show’s first #StudentExplorer contest.

“Carmen is an incredible champion for conservation and the environment,” Cousteau said. “We were all thrilled to have her on the team during a once in a lifetime experience.”

Hoyt’s winning video, in which she made her case for why swimming with whale sharks and exploring our planet is so essential for future generations, was an inspiration to those who watched it. Her entry received tens of thousands of video views from people around the world. Host Philippe Cousteau surprised Hoyt in her classroom at Duke Marine Lab with his own video announcing that she had won.

To find out when and where Xploration Awesome Planet airs in your area, click here. It will also be available on Hulu Sunday.

Senior Carmen Hoyt won the chance to dive with @pcousteau as part of a worldwide contest https://t.co/CNCe6c13z4