DURHAM, N.C. -- The best way to protect wild spinner dolphins in Hawaii while also maintaining the local tourism industry that depends on them is through a combination of federal regulations and community-based conservation measures, finds a new study from Duke University. 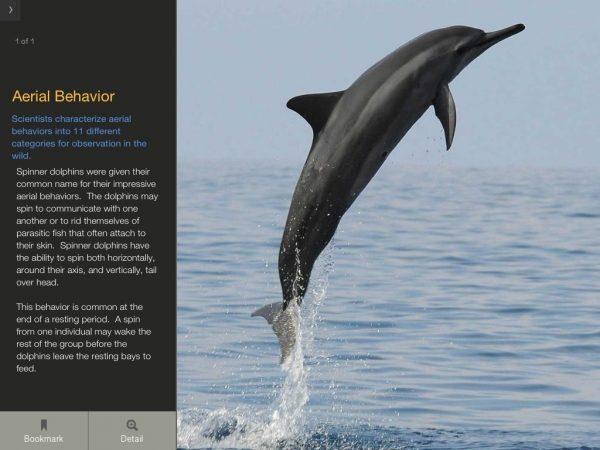 Each year, hundreds of thousands of tourists to Hawaii pay to have up-close encounters with the animals, swimming with them in shallow bays the dolphins use as safe havens for daytime rest. But as the number of tours increases, so do the pressures they place on the resting dolphins.

The Duke study says long-proposed federal regulations are urgently needed to limit daytime human access to these resting bays. But, it adds, a one-size-fits-all management approach will not work. Managing the bays should also include local community-based conservation measures, which can be tailored to how individual bays are used.

Together, these actions offer the best hope for protecting the dolphins while promoting the long-term sustainability of the local tourism industry, according to the study published this month in the Journal of Sustainable Tourism.

“Managing at the level of the bay, instead of focusing on the dolphins, has many advantages,” said Heather Heenehan, a doctoral candidate at the Duke University Marine Laboratory, who led the study. “Most importantly, it explicitly acknowledges that all users of these bays have the right to take advantage of the resources they offer -- including dolphins, which are protected from harassment under federal law.”

The five-year interdisciplinary study focused on Makako Bay and Kealakekua Bay on the Kona coast of Hawaii Island. The team conducted detailed assessments of how each bay was used, and the ways in which different groups of users interacted with and affected the dolphins.

Using an approach pioneered by the late Nobel Prize-winning social scientist Elinor Ostrom, they also assessed each bay for its potential to support community-based conservation efforts. These involve local residents working together to sustainably manage the resting bays as common-pool resources and to discourage human behaviors that can harm the dolphins.

At times, team members observed as many as 13 boats and 60 people coming within 700 feet of a pod of resting spinner dolphins. In some cases, people grabbed the animals and rode them, or put their dogs in the water to chase the dolphins.

Results showed that while daytime activities such as fishing, kayaking, swimming, recreational boating and dolphin tours -- all of which can disrupt dolphins -- occurred in both locations, the activity in Makako Bay was much more dolphin-centric, whereas Kealakekua Bay was used for a broader range of purposes.

Complicating matters further, Kealakekua scored twice as high as Makako on the 10-point scale of factors developed by Ostrom to identify locations where community-based conservation can emerge.

“This shows that a combination of management approaches is needed immediately to make interactions between humans and dolphins sustainable,” said David Johnston, assistant professor of the practice of marine conservation ecology in Duke’s Nicholas School of the Environment. “Neither top-down mandates nor bottom-up stakeholder efforts are the sole answer to this problem.”

One key to community-driven protection of spinner dolphins, and a factor supported by Ostrom’s work, is building common understanding of the resource through education and outreach, said Johnston, who previously worked with his students at Duke to create a free informational iPad app about spinner dolphin ecology and tourism called the Nai’a Guide.

Another key is building trust among users, something that will help improve adoption of new regulations.

"We’re hoping this study contributes to a productive and constructive conversation with federal authorities and tourism operators in Hawaii about the impacts of dolphin tourism," said Xavier Basurto, assistant professor of sustainability science at Duke's Nicholas School of the Environment.

Future research on the possibility of community-based conservation for spinner dolphins could build on this work, Heenehan said. This could include surveys of different users to assess community views of the resource and gauge interest in existing and new community-led initiatives.

The new research was part of the Spinner Dolphin Acoustics, Population Parameters and Human Impacts Research (SAPPHIRE) Project, a joint effort between Duke University and Murdoch University in Western Australia. SAPPHIRE was supported by funding from NOAA, the Marine Mammal Commission, the State of Hawaii and Dolphin Quest.

Heenehan, Johnston and Basurto’s co-authors on the new paper were Lars Bejder and Julian Tyne of the Murdoch University Cetacean Research Unit, and James E.S. Higham of the University of Otago’s Department of Tourism.