DURHAM, N.C. – They helped the Marine Lab bounce back from two hurricanes, and now the 25 members of the Duke Marine Lab Hurricane Response Team are being recognized for their herculean efforts.

They will receive a 2019 Duke Presidential Team Award at a public ceremony at 4 p.m. February 25 in Page Auditorium.

Presidential Awards are the highest honor given by Duke to staff and faculty members. They recognize individuals and teams who make distinctive contributions to the university and exemplify its institutional values of respect, trust, inclusion, diversity and excellence.

The Marine Lab team was selected for its efforts to help Duke’s coastal campus prepare for, respond to and recover from Hurricane Florence, which made landfall in September 2018, and Hurricane Dorian, which sideswiped the central N.C. coast in September 2019.

The Marine Lab is located on Pivers Island in Beaufort, N.C.  It was pelted with sustained hurricane-force winds and torrential rainfall by both storms.

“Dealing with the damage and upheaval caused by one storm can be overwhelming; dealing with two storms in a 12-month period could be catastrophic – but luckily, it wasn’t for us. We were prepared, thanks to this amazing team,” said Toddi Steelman, Stanback Dean of the Nicholas School of the Environment, who nominated the team for the honor.

“Several employees’ homes were damaged to the point that they were uninhabitable, but these staff members continued to work to ensure the safety of the students, assess and repair damaged buildings, and regain regular operations as quickly as possible,” Steelman noted in her nomination letter.

In addition to securing the island before the storms’ arrivals and assessing the damage in their wakes, team members were responsible for evacuating the island and finding temporary housing for displaced students; meeting displaced students’ and faculty members’ academic and administrative needs until island facilities could be re-opened; coordinating debris removal and physical repairs on the island; directing community outreach; and preparing food for the recovery team, among many other duties. 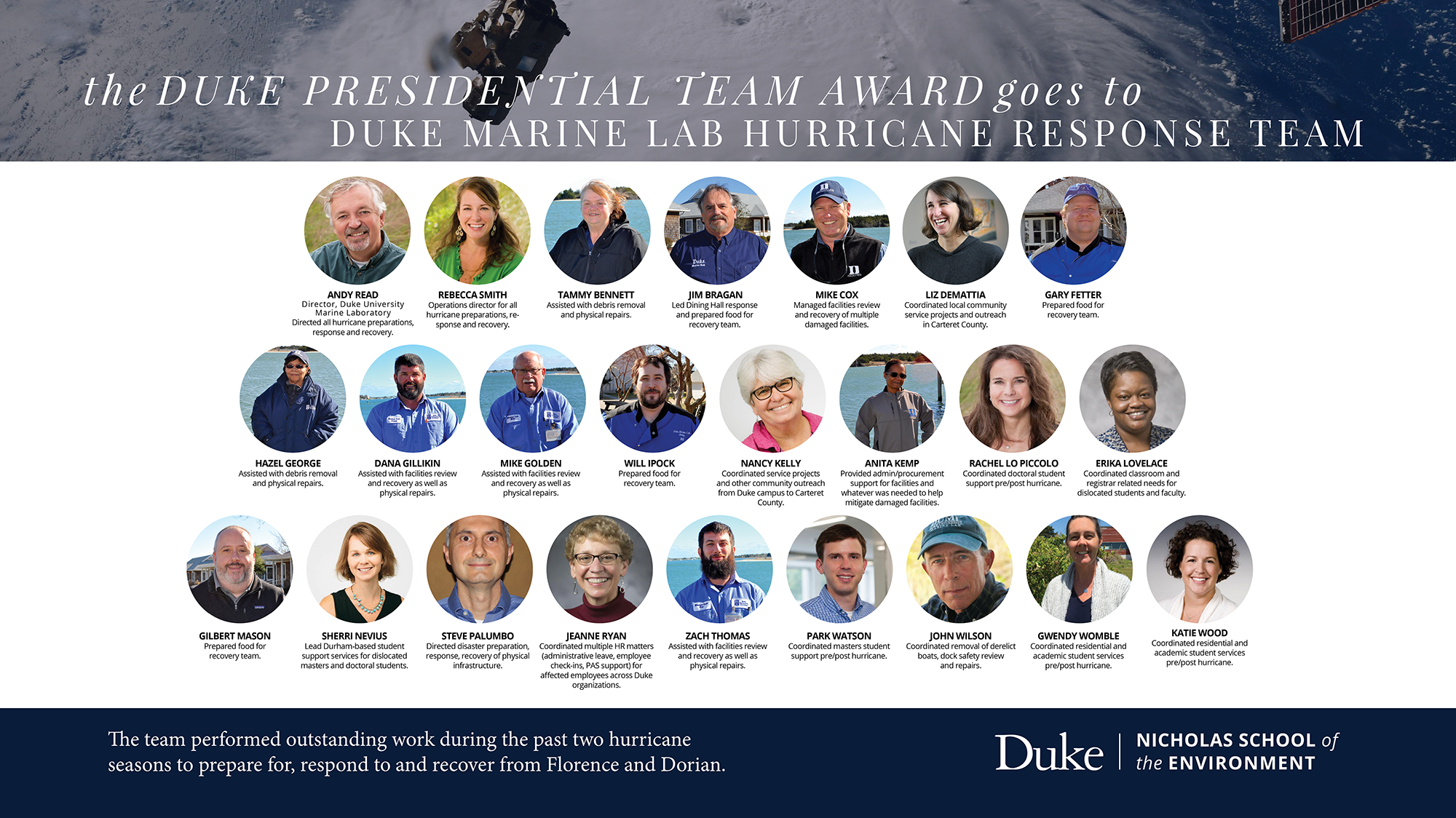