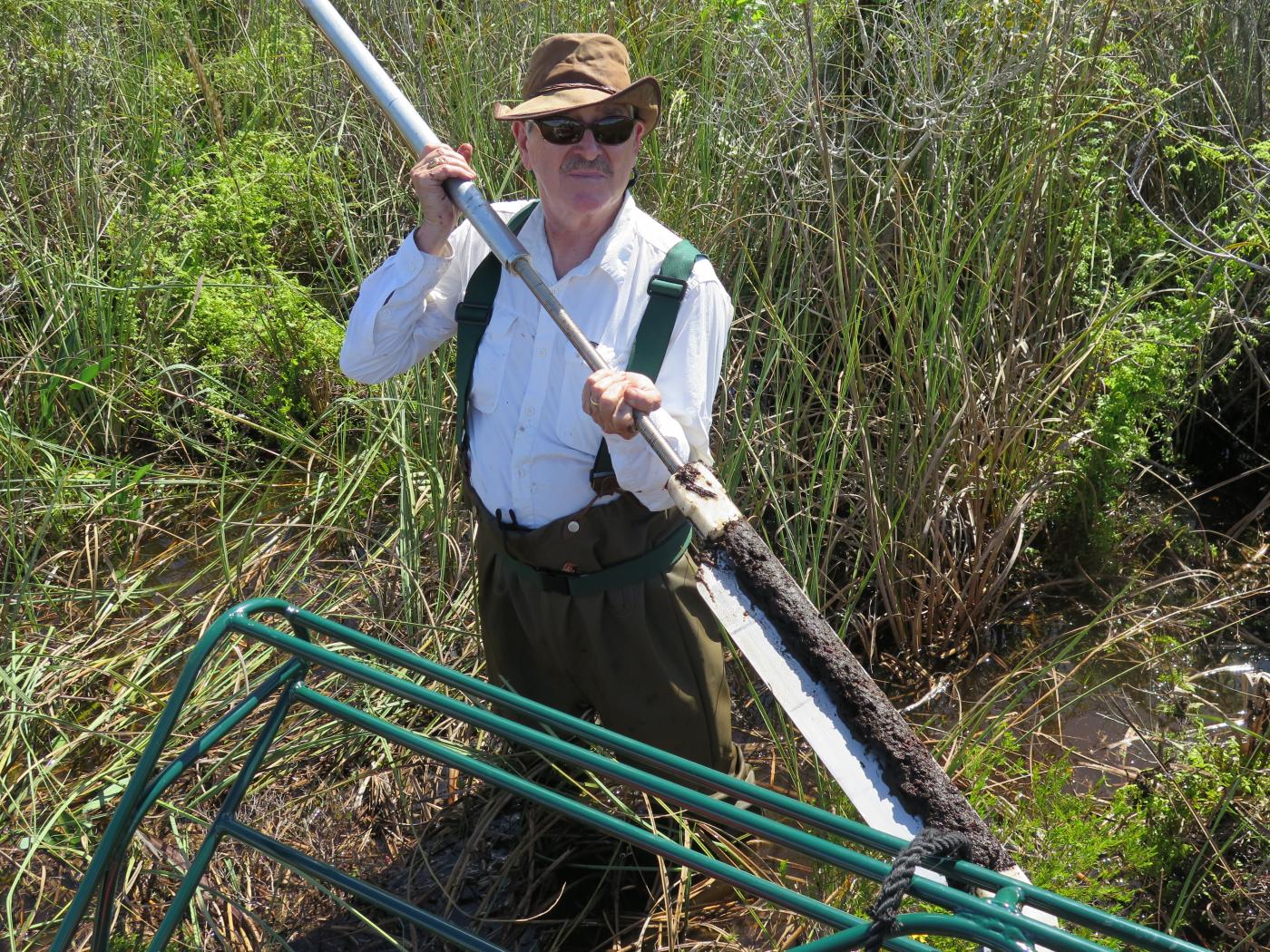 DURHAM, N.C. -- Scientists have long feared that as Earth warms, tropical peatlands -- which store up to 10 percent of the planet’s soil carbon -- could dry out, decay and release vast pools of carbon dioxide and methane into the atmosphere, rapidly accelerating climate change.

A new international study headed by researchers at Florida State University and Duke University, reveals the outlook may not be as bleak.

It finds that these swamps and marshes have a natural biochemical defense mechanism that helps them resist or retard decay -- even in warming temperatures and more severe droughts.

“This is good news, because it indicates that scenarios where all this stored carbon in these peatlands goes up into the air as carbon dioxide and methane may not happen quite as rapidly as we originally projected,” said Curtis J. Richardson, John O. Blackburn Distinguished Professor of Resource Ecology at Duke University’s Nicholas School of the Environment.

“It doesn’t solve climate change, but it does suggest these peatlands have some built-in resilience that we didn’t recognize before,” said Richardson, who also serves as director of the Duke University Wetland Center. “

Peatlands are wetlands that cover only 3 percent of Earth’s land but store one-third of the planet’s total soil carbon. Left undisturbed, stored carbon can remain locked in their organic soil for millennia due to natural antimicrobial compounds called phenolics and aromatics that prevent the waterlogged peat from decaying.

Tropical or subtropical peat swamps and marshes hold up to 30 percent of all carbon stored in peatlands worldwide and are widely considered to be at highest risk of drying out as the climate warms and droughts become more severe.

Richardson and his colleagues at 12 institutions published their peer-reviewed paper on Sept. 7 in Nature Communications. Suzanne B. Hodgkins, a postdoctoral researcher at Florida State, was lead author.

To conduct the study, they used infrared spectroscopy to estimate carbohydrate and aromatic content in peat samples collected from high- mid- and low-latitude sites from the Arctic to the tropics. These sites included bogs, fens, marshes and swamps in Sweden, Minnesota, Canada, North Carolina, southern Florida and Brunei.

Their analysis revealed that the top layers of peat in tropical or subtropical swamps and marshes contain lower levels of decay-prone carbohydrates and higher amounts of decay-resistant aromatics than found in near-surface peat from bogs or fens in cooler climates at high latitudes. Aromatic content is comprised of coarse woody material such as fallen trees, branches and dead roots. Because it is high in lignin, it decays more slowly than carbohydrate-rich leaves or grasses. Over time this creates a natural barrier, inhibiting oxidation and protecting the peat below from drying out and decaying.

“This allows peat in tropical swamps and marshes to persist despite year-round warm temperatures and periods of drought,” Richardson explained.

“We observed similar lower carbohydrate and higher aromatic compositions in deeper peat from high-latitude sites, suggesting these deep-peat reservoirs may also be stabilized in the face of climate change,” he added. “So, pending further study, that’s more good news.”

Primary funding for the research came from the U.S. Department of Energy Office of Biological and Environmental Research’s Terrestrial Ecosystem Sciences program.