DURHAM, N.C. – In his newest book, Sea Level Rise: A Slow Tsunami on America’s Shores, Orrin Pilkey paints an eye-opening picture of the impacts sea level rise will have on the United States by the end of the 21st century. 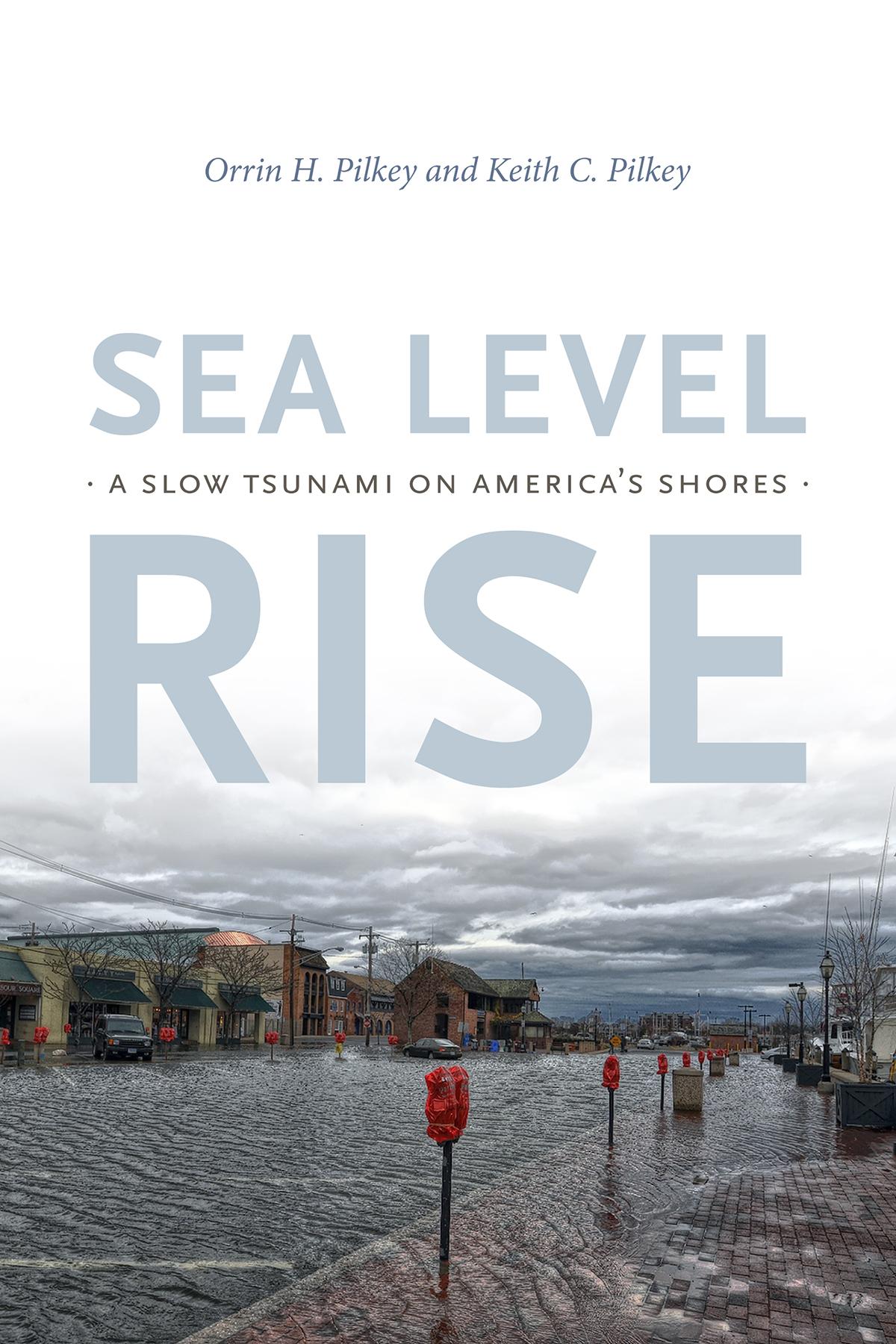 Miami and New Orleans will disappear, he warns, and other cities, such as Boston or New York, will remain inhabitable only if we retreat from low-lying city margins or build engineering marvels to hold back the waves.

Hundreds of wastewater plants, power plants, oil refineries, port facilities, naval bases, highways and other vital infrastructure along nearly 90,000 miles of shoreline will be submerged or placed at risk.

These impacts are impending and unstoppable, Pilkey argues. It’s too late to avert them. The only feasible response along much of the shoreline is an immediate and orderly retreat.

Pilkey is James B. Duke Professor Emeritus of Geology at Duke University’s Nicholas School of the Environment.  He wrote Sea Level Rise with his son Keith Pilkey, an administrative law judge with the Social Security Administration. It was published this month by Duke University Press.

Scientists project that sea levels on all seven continents will rise between one foot and six feet by 2100, largely due to the impact of heat-trapping greenhouse gases emitted into Earth’s atmosphere when fossil fuels are burned.

In addition to offering examples of the impacts these rising seas will have – or, in many cases, already are having – on hundreds of communities, ecosystems or industrial sites along America’s coasts, the new 208-page book offers practical advice to people who own property there.

It also identifies measures that local governments should take to prepare for a safe and orderly retreat before rising seas and intensifying storms makes that option impossible.

“It is essential that Americans have a good grasp of what sea level rise has in store for us along our shoreline – politically, environmentally and economically,” the Pilkeys write in their book’s prologue. Although the book only projects impacts through the year 2100, sea-level rise will continue for another 300 years beyond that, they note.

“We conclude that we are left with two choices. We can respond to sea level rise now in a peaceful, organized way, or we can respond later in crisis mode in response to flooding and storm disasters,” they write. “In other words, we can walk away methodically, or we can flee in panic.”

Sea-Level Rise is the 23rd book Orrin Pilkey has written or co-written as part of the “Living with the Shore” series for Duke University Press.

It is the third book he has authored or co-authored on sea-level rise. His earlier works on the topic were The Rising Sea and Retreat from the Rising Sea, both also published by Duke University Press.