DURHAM, N.C. – Market-based approaches to environmental conservation have been increasingly common since the early 1990s. Their goal is to reduce environmental harm not by preventing it, but by pricing it. A housing development on land threaded with streams, for example, can divert them into underground pipes if the developer pays to restore streams elsewhere. The good offsets the bad.

But does this really improve environmental well-being?

That‘s the question Duke University scholar Martin Doyle tackles in his new book, “Streams of Revenue: The Restoration Economy and the Ecosystems It Creates,” published this week by MIT Press. 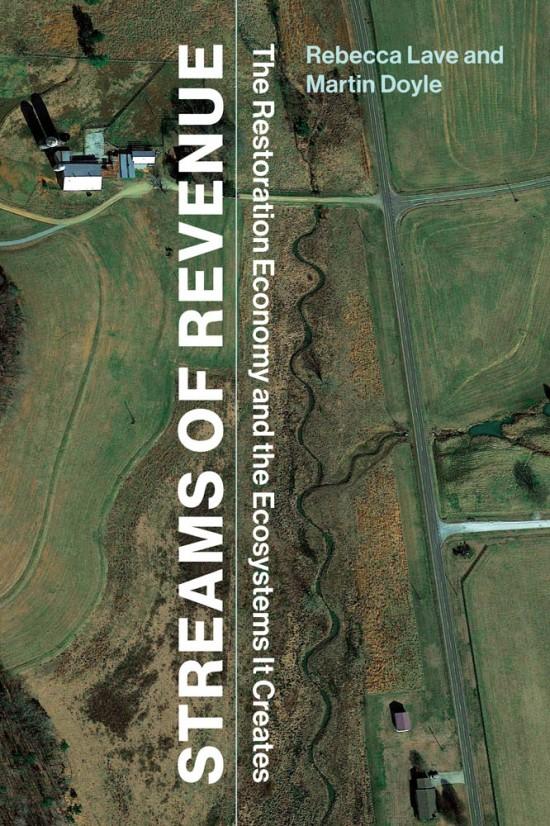 Doyle is professor of river systems science and policy at Duke’s Nicholas School of the Environment and director of the water policy program at the university’s Nicholas Institute for Environmental Policy Solutions.

In “Streams of Revenue,” he teams with Rebecca Lave, professor of geography at Indiana University, to chronicle and analyze the history, implementation and environmental outcomes of stream mitigation banking, one of many widely used market-based approaches to conservation.

In stream mitigation banking, an entrepreneur speculatively restores a stream, generating “stream credits” that can be sold to a developer looking to fulfill regulatory requirements of the Clean Water Act.

In theory, the environmental gain at one site compensates for the harm done at the other. But by tracking nearly 200 stream banking projects from beginning to end and assessing their outcomes, Doyle and Lave found that, in practice, it is very difficult to establish equivalence between the stream ecosystems that are diverted or otherwise disturbed and those that have, in theory at least, been restored.

“We show that environmental markets don’t necessarily restore or recreate natural ecosystems. Instead, you end up with something that is potentially less a restored ecosystem – even though regulatory people may say it counts as one –and more of a weird, pseudo-natural, quixotic ecosystem that kind of looks natural and kind of not. You don’t get a stream; you get a sinusoidal, willow-lined ditch,” Doyle said.

The implications of this, multiplied across all environmental markets, are vast, he said.

“Carbon markets won’t generate restored forests; they will generate weird, linear, eucalyptus or pine plantations.” The upshot?  “We have to use markets with more caution than enthusiasm in some cases,” he said.

Though published just this week, the new book is already drawing praise from environmental and legal experts.

“Revealing the convoluted process of market-based attempts to protect nature, this is a must-read for those who love or study the environment—especially rivers and streams,” said Margaret Palmer, Distinguished University Professor at University of Maryland and director of the National Socio-Environmental Synthesis Center.

Doyle and Lave will discuss their book in a Jan. 22 podcast that will be posted and archived on Waterloop, a nonprofit website dedicated to raising awareness of water issues. (This is the second time in recent months that Nicholas School researchers have been featured on Waterloop. In a Dec. 2 podcast, faculty members Heather Stapleton and Lee Ferguson discussed their recent work on PFAS contamination in North Carolina.)

Doyle views the publication of “Stream of Revenue” as a both a professional and personal milestone.

“The book demonstrates the insights you get from a natural scientist – me – working closely with a social scientist – Rebecca Lave. We combined geomorphic and hydraulic surveys with interviews and document analysis; the result is an unpacking of how ecosystem restoration is as much a social process as a scientific one,” he said.

“More personally, this book represents 25 years of my life; I started my masters in stream restoration in 1995, and this book wrapped up a quarter century later. It tracks how the industry and practice of environmental restoration has changed in that time, literally over my career. What used to be a couple engineers, a grant from a local NGO, and a borrowed backhoe is now a complex, multibillion-dollar-a-year industry – many engineers and scientists and real estate offices and consultants and agency staff, with projects increasingly financed by funds set up by environmental impact investors. The whole thing has grown astronomically, and the results are super questionable,” he said.

“Streams of Revenue” is Doyle’s second book on river science and policy. His first, “The Source: How Rivers Made America and America Remade Its Rivers,” was published in 2018.