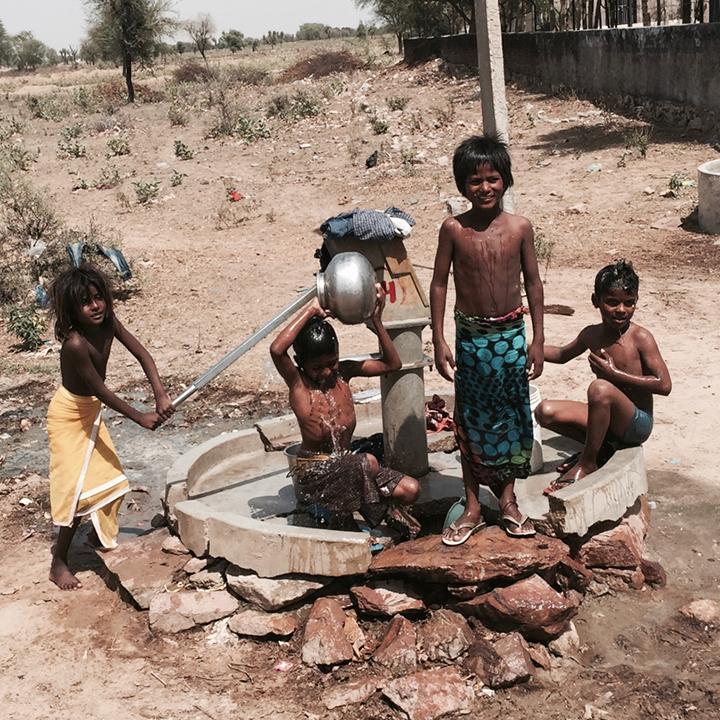 DURHAM, N.C. – A Duke University-led study that found widespread uranium contamination in India’s groundwater has been named one of the best science papers of 2018 by the editors of the journal Environmental Science & Technology Letters (ES&TL).

Avner Vengosh, professor of geochemistry and water quality at Duke’s Nicholas School of the Environment, and Rachel Coyte, a doctoral student in Vengosh’s lab, led the study.

This marks the fifth time this decade that a research paper by faculty members and students at Duke’s Nicholas School has been selected as one of the year’s best by the journal’s editors.

The study by Vengosh and Coyte revealed high uranium levels in groundwater aquifers in 16 Indian states. The main source of the contamination is natural, but human factors such as groundwater-table decline and nitrate pollution may be exacerbating the problem. Several studies have linked exposure to uranium in drinking water to chronic kidney disease.

“Nearly a third of all water wells we tested in one state, Rajasthan, contained uranium levels that exceed the World Health Organization and U.S. Environmental Protection Agency’s safe drinking water standards,” Vengosh said. “We also identified aquifers contaminated with similarly high levels of uranium in 26 other districts in northwestern India and nine districts in southern or southeastern India.”

Funding for the study, which was published May 11, 2018 in ES&TL, came from the Mellon Foundation.

Vengosh and Coyte conducted the research with scientists at the Gujarat Water Resources Development Corporation; the Indian Ministry of Water Resources, River Development and Ganga Rejuvenation; the Government of Rajasthan’s Ground Water Department; the World Bank Group Singapore Office, and the University of Texas at El Paso.

Previous Nicholas School studies that were named among their year’s best by the editors of ES&TL or its sister journal Environmental Science & Technology are:

* A 2017 study by faculty members Heather Stapleton and Kate Hoffman that revealed levels of organophoshate flame-retardants in Americans’ body tissue have risen sharply and in some cases are now more than 15 times higher than at the start of the century.

* A 2014 study by Vengosh and PhD students Andrew Kondash and Nathaniel Warner that provided the first comprehensive review of the potential risks posed to U.S. water resources by unconventional shale gas development and hydraulic fracturing (aka fracking).

* A 2013 study by Vengosh, master’s student Cydney Christie and adjunct faculty member Robert Jackson that identified high levels of radioactivity, salts and metals in shale gas wastewater being discharged into a stream in western Pennsylvania.