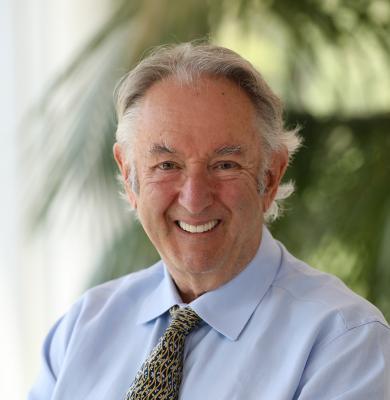 DURHAM, N.C. – Stuart Pimm, the Doris Duke Professor of Conservation Ecology at Duke University’s Nicholas School of the Environment, has been awarded the 2019 International Cosmos Prize.

The prize, which carries a $400,000 cash prize, is widely viewed as one of the most prestigious honors presented in the environmental field.

The honor recognizes Pimm’s groundbreaking research on endangered species, as well as his work through his nonprofit organization Saving Nature to promote practical approaches to help slow or reverse species’ declines by protecting and restoring their shrinking habitats.

Past recipients of the Cosmos Prize include Jane Goodall, E.O. Wilson, Richard Dawkins and Sir David Attenborough, among other luminaries in the fields of conservation science and natural history.

He will receive the Cosmos Prize at a ceremony this November in Osaka, Japan, where he will meet with Emperor Naruhito, deliver an invited lecture, and take part in an international symposium on conservation and biodiversity held in his honor.

“It’s no exaggeration to say that much of what we know today about endangered species and what can be done to reverse their declines is directly attributable to Stuart,” said Toddi Steelman, Stanback Dean of the Nicholas School.

“Over the course of his remarkably productive career so far, he’s developed quantifiable methods for estimating extinction rates and identifying global patterns of species and habitat loss. He’s championed the use of big data, geospatial analysis, remote sensing and other tools that have revolutionized how we do conservation and measure its impacts. And he’s pioneered a more strategic approach for investing limited conservation resources and partnering with local communities,” Steelman said. “This is a richly deserved honor.”

The Cosmos Prize has been awarded annually since 1993 to a scholar whose research and professional achievements promote the prize foundation’s philosophy – “the harmonious co-existence between nature and mankind” – and advance a global outlook and long-term vision for Earth’s future.

In selecting Pimm as this year’s laureate, the prize jury cited not only his research and scholarship but also his leadership of Saving Nature and the impact the organization has had, particularly in protecting and restoring at-risk biodiversity corridors in Colombia, Brazil and India.

The jury also cited Pimm’s commitment to fostering future environmental leaders by mentoring students at all levels – doctoral, master’s, undergraduate and even high school – and giving them hands-on experience in the lab and field as members of his research team.

A prolific and widely cited scientist, Pimm has published more than 330 peer-reviewed research studies, including seminal works on biodiversity and species loss in the Everglades, the coastal forests of Brazil and the northern Andes, the latter two of which are among the planet’s hotspots for threatened species.

His work has helped shed light on the threats facing hundreds of endangered species, from iconic ones such as giant pandas, African elephants and lions to humble creatures like the Cape Sable seaside swallow, a sentinel species of environmental health in Florida’s Everglades that Pimm has called “a drab-looking scruffy puff of feathers.”

In addition to his scientific papers, Pimm has published four books intended for mainstream audiences, including a widely praised assessment of human impacts on the planet, The World According to Pimm: A Scientist Audits the Earth, in 2001. He also has testified before both the U.S. House and Senate on the reauthorization of the Endangered Species Act.

“I’m truly humbled to be this year’s Cosmos Prize recipient,” Pimm said. “Even more gratifying is that this honor helps shine a global light on the innovative and high-impact environmental research we do at the Nicholas School and Duke and the excellence of our academic programs.”