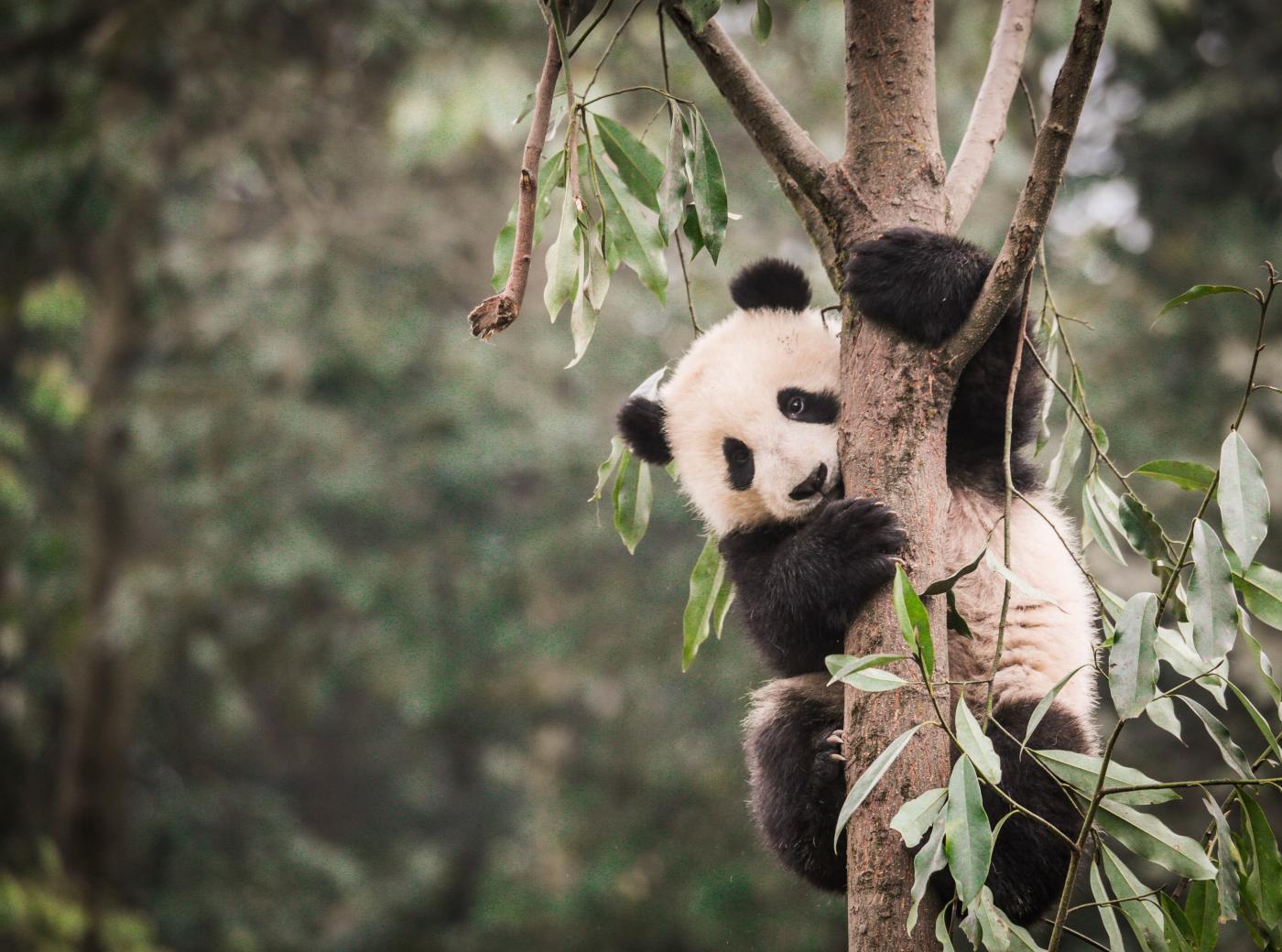 DURHAM, N.C. -- A study by Chinese and U.S. scientists finds that while populations of the iconic giant panda have increased recently, the species’ habitat still covers less area and is more fragmented than when it was first listed as an endangered species in 1988.

The study, published Sept. 25 in the peer-reviewed journal Nature Ecology and Evolution, used geospatial technologies and remote sensing data to map recent land-use changes and the development of roads within the panda’s habitat.

“The International Union for Conservation of Nature (IUCN) has recently changed the status of the giant panda from ‘endangered’ to the less threatened ‘vulnerable,’ ” said Stuart L. Pimm, Doris Duke Professor of Conservation Ecology at Duke University’s Nicholas School of the Environment. “This was based on the increasing numbers, which are a very encouraging sign, of course.”

“But what my colleagues and I wanted to know was how the panda’s habitat has changed over the last four decades, because the extent and connectivity of a species’ habitat is also a major factor in determining its risk of extinction,” Pimm said.

The team, led by Zhuyan Ouyang and Weihua Xu of the Research Center for Eco-Environmental Sciences at the Chinese Academy of Sciences, used satellite imagery to examine changes across the panda’s entire geographic range from 1976 to 2013.

Study co-author Jianguo Liu of Michigan State University, who began studying the human and natural forces driving habitat loss in the panda’s geographic range in 1996, noted that some of the changes that have occurred in the region are encouraging.

“Banning commercial logging in natural forests, establishing nature reserves and helping residents in the reserve change behaviors that damaged habitat has been beneficial,” said Liu, who published Pandas and People (Oxford University Press) last year with four other authors of the new study. “But conservation is a dynamic process with humans and nature in a constant push and pull to survive and thrive, so new solutions always are in demand.”

Other changes, though highly beneficial to the region’s human population, present challenges from a conservation standpoint.

“The most obvious changes in this region since Professor Liu and his colleague Professor Zhiyun Ouyang first visited it together in 2001 have been the increase and improvement in roads and other infrastructure,” Pimm said. “These have been the major factor in fragmenting the habitat. There was nearly three times the density of roads in 2013 than in 1976.”

“We suggest several solutions,” Ouyang concluded. “One of the most important will be to establish protected corridors through which pandas can move to prevent their isolation into small and unsustainable populations.”