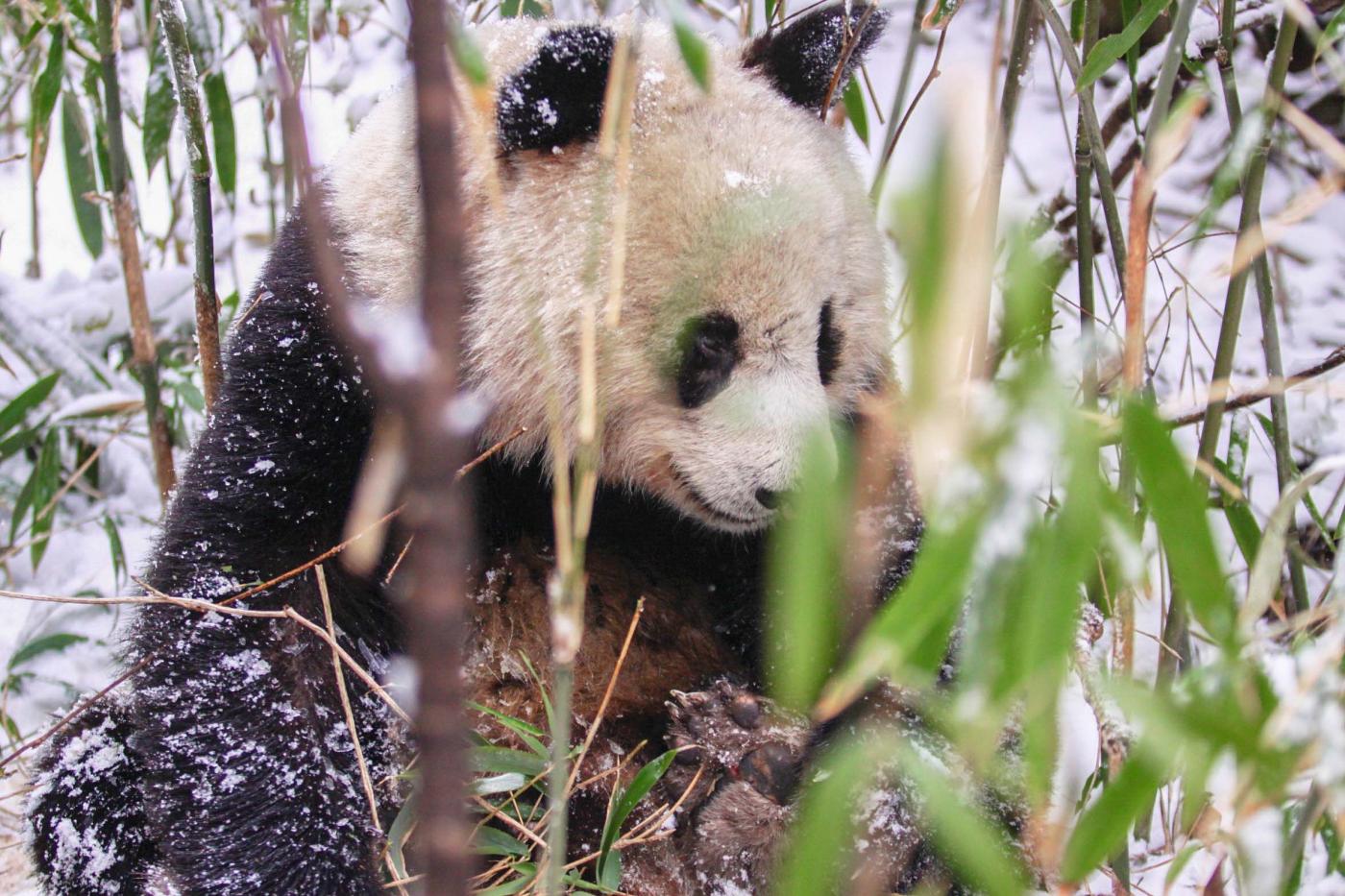 DURHAM, N.C. – Increased livestock grazing in China’s Wanglang National Nature Preserve has damaged one third of all giant panda habitat in the park, a new study by Chinese and U.S. scientists finds.

The habitat degradation coincides with a nine-fold increase in livestock numbers within the park over the past 15 years.

“What is worse, overgrazing has reduced the regeneration of these bamboos,” Li said. “Local communities leave their livestock to free range in the forests and only come to feed them salt twice a month. So the livestock feed on the bamboos year-round, especially in winter.”

The Wanglang reserve is located in the Min Mountains of Sichuan Province, home to the largest population of wild giant pandas in China. The park is one of the oldest and most important of the 67 nature reserves China has established in recent decades to protect wild giant pandas. National forest conservation policies have helped halt deforestation in these parks, but as the new study shows, increased livestock grazing presents a new threat.

To conduct the analysis, Li and her team used 20 years of monitoring data to survey changes that have occurred in the geographic distribution of bamboos, pandas and livestock within the park. This allowed the scientists to model where degradation or loss of panda habitats has occurred. Livestock movements were tracked by GPS collars.

“This long-term monitoring shows that the pandas are being driven out of the areas that are heavily used by the livestock, especially the park’s valleys. These lower elevation areas are crucial for giant pandas, especially during winter and spring,” said Stuart Pimm, Doris Duke Professor of Conservation Biology at Duke University’s Nicholas School of the Environment. 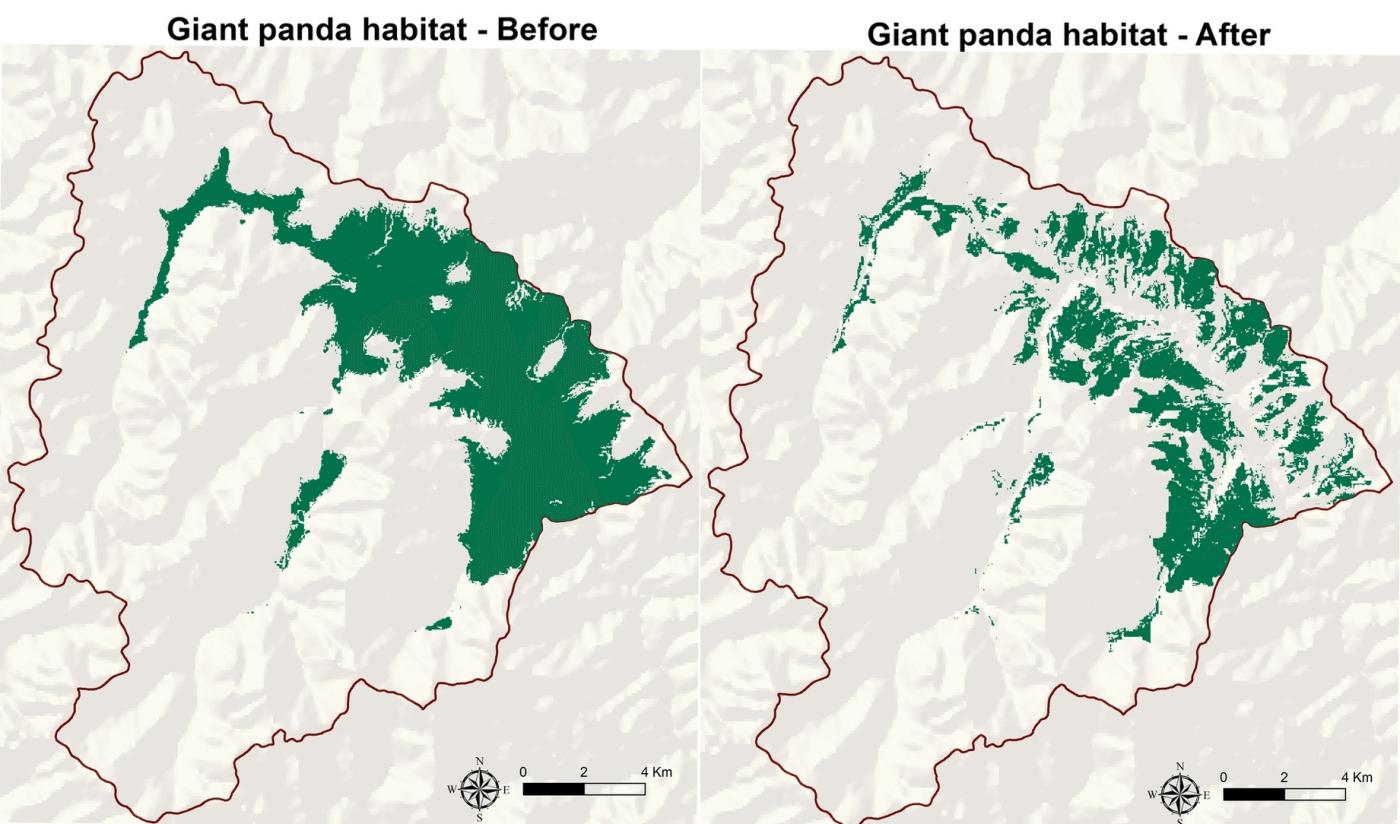 On-the-ground observations of panda activity in the park’s valleys support the model’s findings.

“We have found many fewer signs of pandas in these areas in recent years,” said Luo Chunping, a staff scientist at Wanglang National Nature Reserve.

“If grazing is left uncontrolled, we are going to lose huge amounts of suitable panda habitats, to which we have devoted so much effort to protect in the past decades,” Li said.

Numerous factors could be driving local communities to increase their use of the reserve for livestock grazing, the study’s authors noted. These factors include the federal ban on logging and the policy to revert previously cleared cropland on steep slopes back into forests. They could also include increased consumer demand for meat in local markets; a sharp drop in tourism income in the aftermath of the devastating earthquake that hit the region in 2008, and unclear government policies about financial compensation for farmers who agree to remove their livestock from protected areas.

With the loss of so many other sources of income, raising livestock in the forested areas has become an increasingly popular livelihood. The researchers are working with local communities and other stakeholders to more fully understand the socio-economic drivers of the rapid increase of livestock grazing in the park’s forests in recent years, and identify potential solutions.

“These problems are not unique to our study area, but common throughout the panda nature reserves and habitats. It is not just an ecological problem, but also a gamble between the communities, the nature reserves, local governments and other stakeholders” said. Li Sheng, assistant professor of conservation biology at Peking University.

“Instead of just a livestock ban, we need to find alternative livelihood practices for the local community, like job opportunities in tourism or forest stewardship, which are preferred by the locals from our interviews.” Li said. “Reduce the number of livestock in panda habitats, promote better ways of raising livestock, and find the balance between panda conservation and local development. These are our goals.”