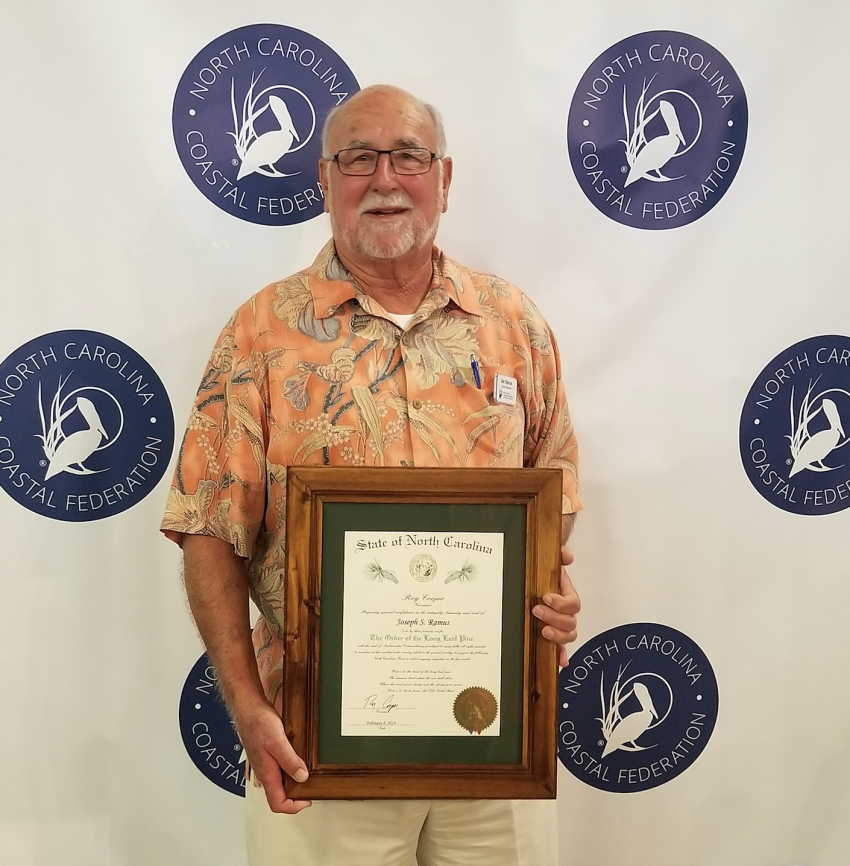 DURHAM, N.C. – Joseph S. Ramus, professor emeritus at Duke University’s Nicholas School of the Environment, has been awarded the Order of the Longleaf Pine, one of the highest civilian honors the State of North Carolina bestows.

The honor recognizes Ramus for his contributions to science and education as a faculty member for more than 40 years at the Duke University Marine Laboratory in Beaufort, and for the environmental leadership he has provided as president of the North Carolina Coastal Federation’s Board of Directors.

A prolific and highly cited researcher, Ramus’ studies have shed light on how the Pamlico Sound responds to large-scale natural or human-caused disturbances such as hurricanes, nutrient pollution and climate change. His findings have helped scientists develop predictive models to guide policy decisions and management plans for the sound and its tributaries.

In 2000, he collaborated with Hans Paerl of the University of North Carolina’s Institute of Marine Sciences to launch FerryMon, a first-of-its-kind project that placed water-quality monitoring equipment on all state-owned passenger ferries crossing the Pamlico Sound and its tributary rivers. The ferries collected data on water temperature, pH, salinity and algae content on each of their daily or hourly trips across the sound and its tributaries for nearly 16 years, adding immeasurably to what scientists know about one of America’s most ecologically and economically important estuaries.

In addition to his service at the Coastal Federation, Ramus has served on the boards of directors of Carteret County Crossroads and the Carteret County Economic Development Council and is currently chair of the North Carolina Sea Grant Advisory Board.