Note to Editors: Zoe Jewell or Sky Alibhai are available for additional comment at (919) 345-3690 or info@conservationFIT.org. Stuart Pimm is available at (646) 489-5481 or stuartpimm@me.com.  A video of the researchers discussing the new project is available here. 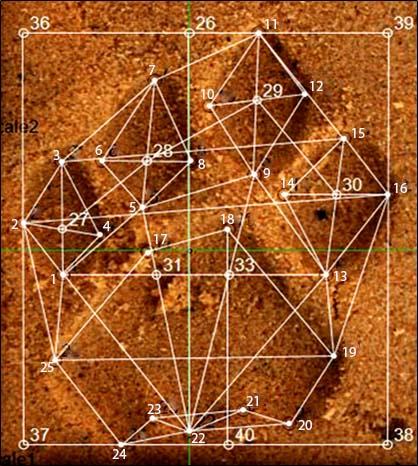 DURHAM, N.C. -- Conservation researchers have developed an interactive software tool called ConservationFIT that can “read” digital images of animal footprints captured from smartphones, cameras or drones and accurately identify the species, sex and age of the animal that made the tracks, and even match tracks to individual animals.

Researchers at Duke University and SAS developed the interactive software to help scientists monitor and map the world’s most elusive and endangered species. Anyone who spots animal tracks can upload images, even if they’re unsure what species made them. The system was launched today (May 22) to celebrate International Day for Biological Diversity.

“The beauty of ConservationFIT is that it’s a sophisticated tool in a user-friendly format,” said Zoe Jewell, principal research associate at SAS and an adjunct faculty member at Duke’s Nicholas School of the Environment. “You simply snap digital photos of an animal’s footprints, upload them using our online protocol, and your images are downloaded for analysis, identification and entry into our mapping database.”

“Having reliable data on species’ numbers and distributions is fundamental to wildlife conservation but it’s not easy to collect, particularly for elusive and endangered species,” Jewell explained. “Spotting these animals’ footprints is much easier than locating the animals themselves. ConservationFIT allows us to reach out to millions of people worldwide who carry smartphones or fly drones, for help in collecting these data.”

Scientists can use data gleaned from the images to accurately estimate a species’ numbers, assess its movements and population dynamics, and map its geographic distribution.

Members of the public can access images and information about a species of interest, and  compare the images and data they’ve uploaded to those uploaded by others.

Initially, the ConservationFIT team will focus their identification and mapping efforts on three endangered species of big cats: jaguars in the Americas, snow leopards in Asia, and cheetahs in Africa and the Middle East. Additional species and locations will be added to the ConservationFIT site in the future.

The program runs on JMP software from SAS, a data analytics company based in Cary, North Carolina. The footprint identification technique (FIT) algorithm is customized for each species and then field-validated by graduate students at Duke’s Nicholas School of the Environment, whose data is then fed back into the software to further refine the algorithm. So far, the system has been tested and field-validated on species including African lions, pumas, cheetahs, snow leopards, tigers, giant pandas, tapirs, red wolves and coyotes.

“ConservationFIT opens new horizons in endangered species conservation,” said Stuart L. Pimm, Doris Duke Professor of Conservation Ecology at Duke’s Nicholas School. “It allows us to monitor these animals in a non-invasive way that poses no risk of injury to them. That’s essential when dealing with species that are so rare.”

“Our ancestors’ survival depended on their skill at reading footprints,” said Sky Alibhai, principal research associate at SAS and an adjunct faculty member at Duke’s Nicholas School. “This project has taken elements of that ancient skill and meshed them with cutting-edge technology, allowing us to ‘read’ animal distributions better and faster than has previously been possible.”

Jewell and Alibhai are co-founders of WildTrack, a conservation nonprofit based at SAS that develops non-invasive wildlife monitoring technologies using FIT and other approaches. ConservationFIt is WildTrack’s newest project.

Image management within ConservationFIT is provided by iNaturalist, an online database where researchers, naturalists and citizen scientists alike can post and share their recorded observations of species and the natural world. iNaturalist was developed co-developed by Scott Loarie, a Ph.D. alumnus of Duke’s Nicholas School.