DURHAM, N.C. – A newly discovered species of wasp, native to the cloud forests of Colombia’s tropical Andes, has been named in honor of Duke University conservation scientist Stuart Pimm.

The scientists who discovered the previously unknown species named it Dolichomitus pimmi in recognition of Pimm’s leadership in efforts to protect and restore disappearing wildlife habitats in the remote region. Colombia’s tropical Andes are home to tens of thousands of species of plants and animals, many of which are increasingly threatened by development and climate change.

Pimm, who is the Doris Duke Professor of Conservation Ecology at Duke’s Nicholas School of the Environment, has led numerous widely cited studies documenting threats to endangered species in the region.

Through his nonprofit Saving Nature, he works with local conservationists, community organizations and property owners to purchase critical patches of threatened land – often already degraded or partially developed – and restore them to a state where they can once again benefit both wildlife and humans.

Dolichomitus pimmi is distinguishable from other neotropical wasp species by its distinctive tiger-striped orange-yellow body; amber-hued, black-tipped wings; and the shape, size and somewhat menacing appearance of its head and jaw. It measures about two-thirds of an inch long, with an only slightly smaller wingspan.

Like all 25,000 other known species of Darwin wasps, D. pimmi is parasitic: it lives in or on its prey, feeding on the prey’s living body before eventually killing it. Caterpillars are Darwin wasps’ meal of choice, but beetles, flies, spiders and other invertebrates – even other wasps – could find themselves on the menu, too.

The genus earned its common name because naturalist Charles Darwin once famously said the wasps’ fascinating but grisly behavior made him question the existence of “a beneficent and omnipotent God.”

Despite their bad rap, the wasps pose no threat to humans and play an ecologically and economically important role as a natural control for diamondback moths and other agricultural pests that can devastate crops in the Andean region. They also provide food for larger species.

“Having a species named after you is, of course, a singular honor,” said Pimm, who previously has been recognized for his contributions to conservation science with three of the environmental field’s highest honors: the Heineken Prize for Environmental Sciences in 2006, the Tyler Prize for Environmental Achievement in 2010, and the International Cosmos Prize in 2019.

Regardless of Darwin’s qualms about the genus, the newly discovered wasp “is lovely in my view,” Pimm said.

D. pimmi is one of five new species of Darwin’s wasps described by South American scientists in a peer-reviewed paper published June 1 in the journal Zoo Keys. In naming the wasp for Pimm, the paper’s authors noted that his support of the Mesenia-Paramillo Nature Reserve conservation project on the western slopes of the tropical Andes “has been invaluable” for helping restore degraded areas and reconnect forest fragments there. 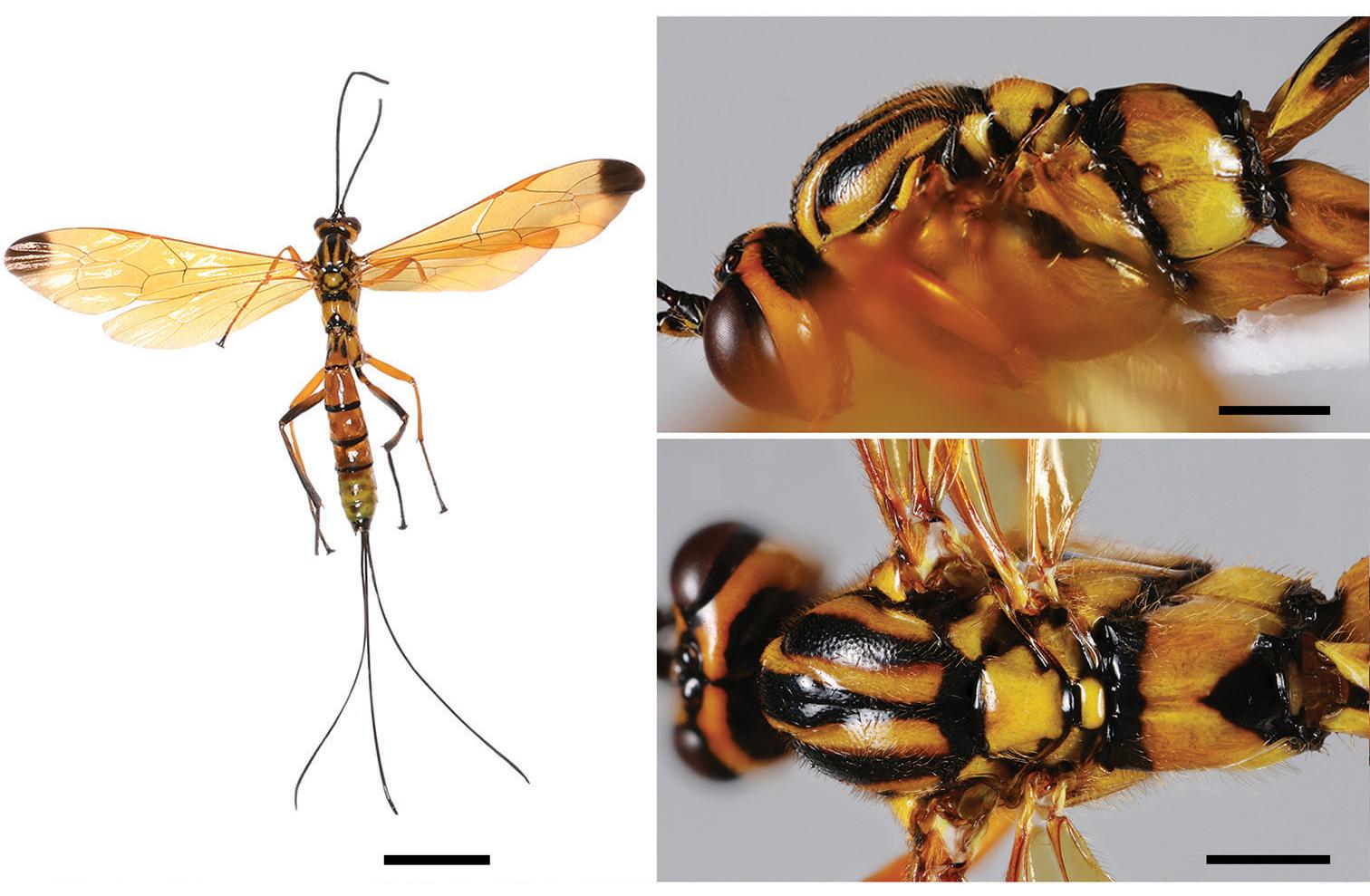