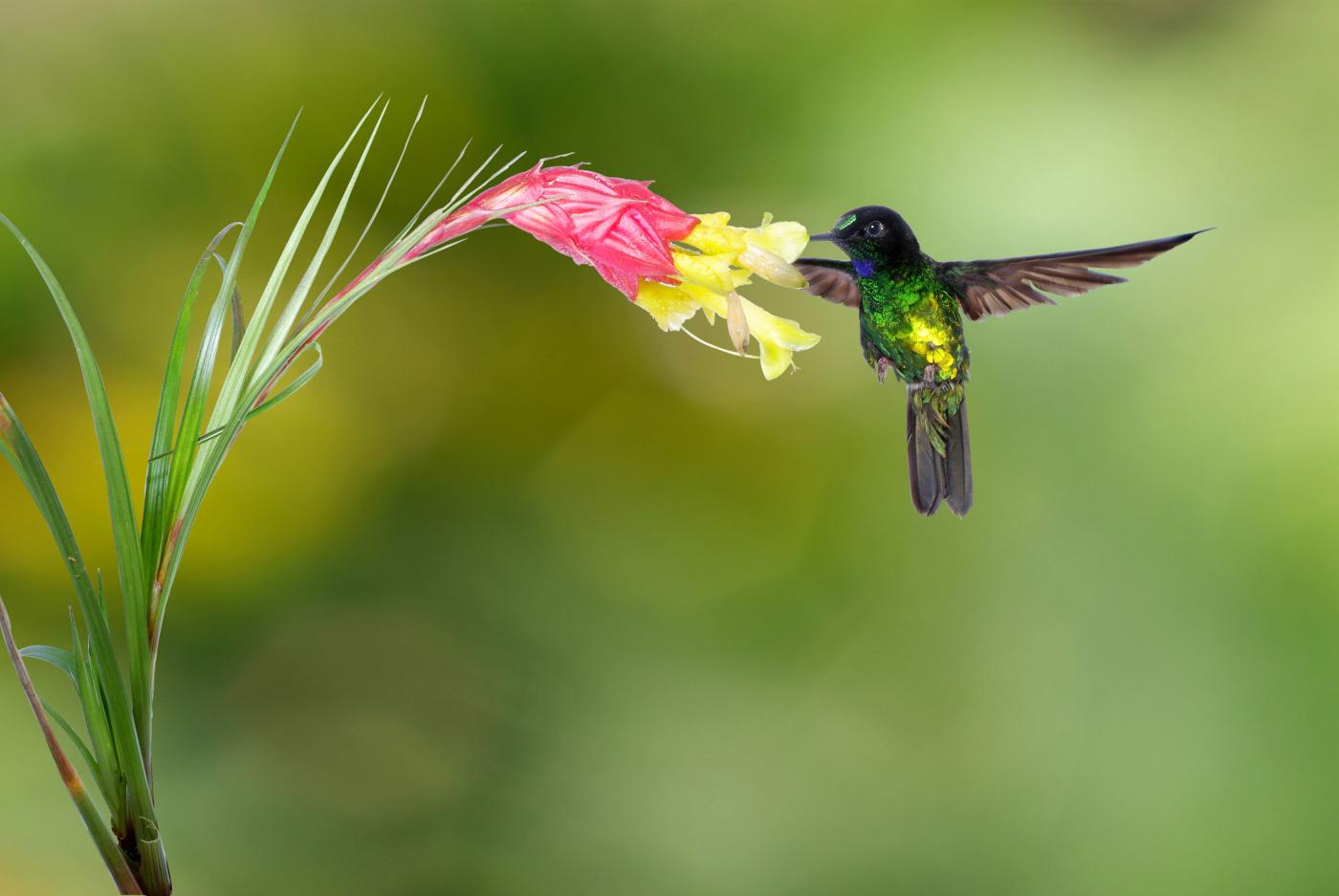 To protect more endangered species, such as this glittering starfrontlet hummingbird of Colombia, we have to protect the right places not just more area. (Credit Luis Mazariegos)

DURHAM, N.C. -- Some scientists have suggested we need to protect half of Earth’s surface to preserve most of its species. A new Duke University-led study, however, cautions that it is the quality, not merely the quantity, of what we protect that matters.

“There’s a lot of discussion about protecting ‘Half Earth’ as a minimum to protect biodiversity. The challenge is, which half do we protect?” said Stuart L. Pimm, Doris Duke Professor of Conservation Ecology at Duke’s Nicholas School of the Environment, who was lead author of the new study.

“The predilection of national governments is to protect areas that are ‘wild’ -- that is, typically remote, cold, or arid,” Pimm said. “Unfortunately, those areas often hold relatively few species. Our analysis shows that protecting even as much as half of the world’s large wilderness areas will not protect many more species than at present.”

To protect as many at-risk species as possible, especially those with small ranges, governments should expand their conservation focus and prioritize the protection of key habitats outside existing wildernesses, parks and preserves, Pimm and his coauthors from China and Brazil say.

“If we are to protect most species from extinction we have to protect the right places -- special places -- not just more area, per se,” said Binbin Li, assistant professor of environmental sciences at Duke Kunshan University in China.

“We found that global conservation efforts have enhanced protection for many species – for example, nearly half the species of birds with the smallest geographical ranges now have at least part of their ranges protected to a degree -- but critical gaps still exist,” said Clinton Jenkins, of Brazil’s Instituto de Pesquisas Ecológicas.

These gaps occur worldwide, including in biodiversity hotspots such as the northern Andes, the coastal forests of Brazil, and southwestern China, and they will continue to persist even if governments protect to up to half of the world’s remaining wild areas, the study shows.

“Certainly, there are good reasons to protect large wild areas: they provide environmental services,” Pimm said. “An obvious example is the Amazon, where the loss of the forest there might cause massive changes to the climate. But to save as much biodiversity as possible, we have to identify the species that remain poorly protected -- which this paper does -- and then pinpoint where they are, so we can effect practical conservation.”

Many of the unprotected habitats are small parcels of land in areas where human impacts are already felt, disqualifying them for protection as wildernesses.

Pimm, Jenkins and Li lead a nonprofit organization called SavingSpecies that partners with local conservation groups in South America, Asia and other regions to protect such lands.

“The ‘Half Earth’ approach provides an inspiring vision to protect the world’s species,” Pimm said. “A preoccupation with concentrating on the total area protected is misleading, however. It’s quality, not quantity that matters.”