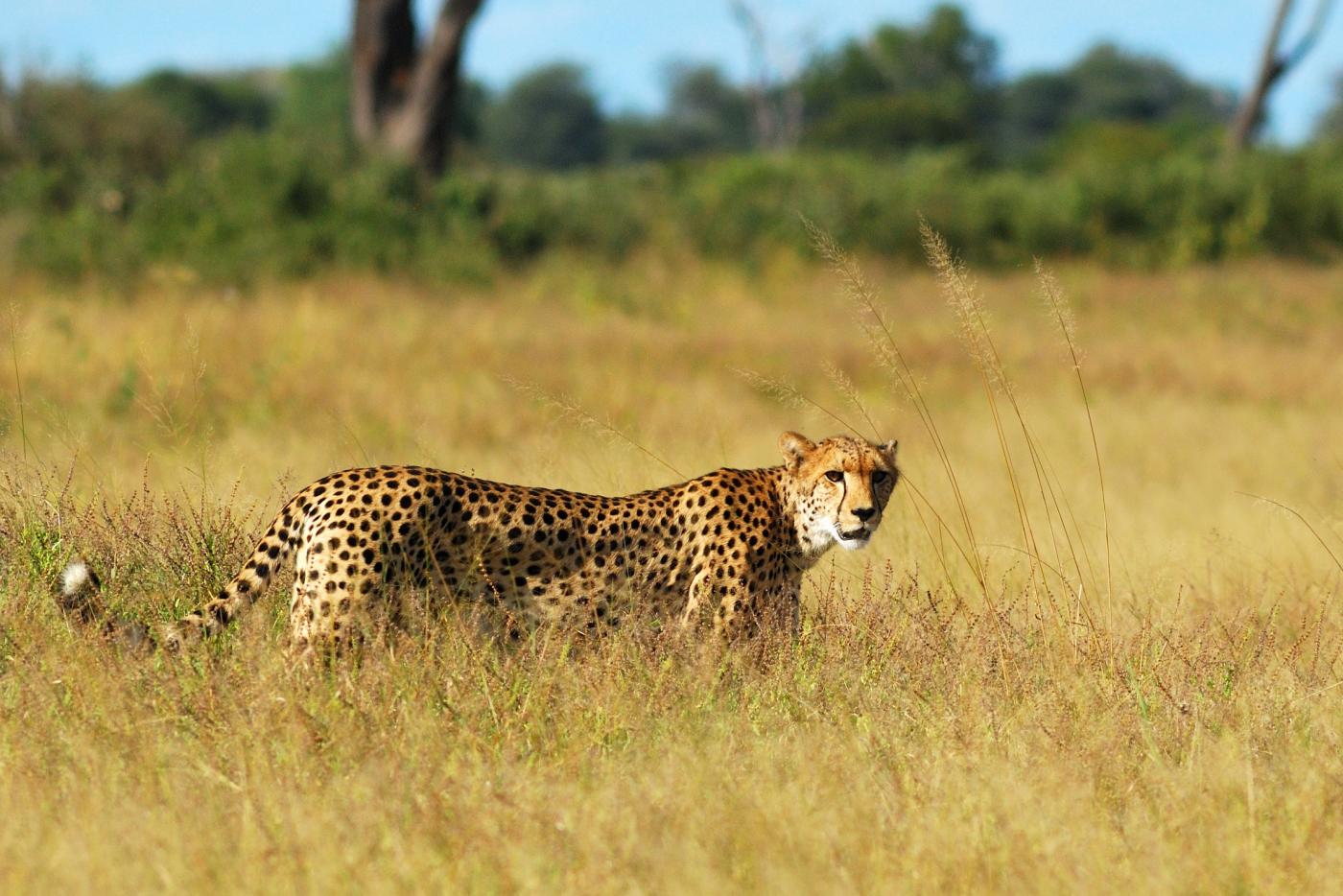 Note: Varsha Vijay is available for additional comment at (319) 321-8459 or varsha.vijay@duke.edu. Florian Weise is available at florian.weise@gmail.com.

Fewer than 3,600 adult cheetahs remain in the region, which covers an area larger than France. A majority of the surviving cats -- 55 percent -- are found within only two habitats.

This new assessment is 11 percent lower than the International Union for Conservation of Nature’s most recent population estimate in 2015, adding urgency to calls from scientists to uplist the cheetahs’ conservation status from “vulnerable” to “endangered” in the IUCN’s Red List.

Vijay and her colleagues published their findings Dec. 11 in the open-access journal PeerJ.

To conduct the study, they mapped and analyzed more than two million collared cheetah observations made between 2010 and 2016 across 789,700 square kilometers of open grasslands in Namibia, Botswana, South Africa and Zimbabwe.

“This is the area with the largest population of free-ranging cheetahs left on Earth. Knowing how many cheetahs there are and where they occur is crucial for developing suitable conservation management plans for the species,” said Vijay, a doctoral student at Duke’s Nicholas School of the Environment.

Protecting cheetahs who live on, or travel through, privately owned livestock farms or game preserves is a particularly pressing conservation issue, said Florian Weise, program coordinator at the nonprofit Claws Conservancy, who co-led the research with Vijay.

Only 18.4 percent of cheetah range is within internationally recognized protected areas, he explained. Namibia exemplifies this, with much of cheetah distribution overlapping areas of livestock and game production.

“The future of the cheetah relies heavily on working with farmers who host these big cats on their lands and bear the heaviest cost of coexistence,” Weise said.

Interviews with farmers who share their land with cheetahs showed that nearly half of them consider cheetahs a problem, and about one in four actively kill or trap the cats to protect their herds. These losses can cause population declines, especially when reproductive conditions are not optimal, Vijay and Weise noted.

But there is reason for hope.

By mapping human and livestock densities across southern Africa and assessing the low-density areas to see if they possess the characteristics of the cheetah’s preferred habitats, the researchers identified a swath of suitable grasslands – almost as large as the big cats’ current range – where cheetahs currently don’t live, but could. Targeting this land for conservation would boost the species’ chance of recovery.

Most of the data for the new assessment came from long-term research by the Leibniz Institute for Zoo and Wildlife Research, but Vijay and her colleagues also analyzed 20,000 independent sightings made by other researchers or the general public.

“For a highly photogenic species like the cheetah, using crowd-sourced photographs and videos taken by tourists is an innovative and cost-effective approach, especially in well-visited protected areas,” Weise said.

"This collaborative, multiyear effort sounds the alarm about the state of cheetah populations in southern Africa, shining a light on the imperative need to protect these majestic predators,” said Gary E. Knell, president and CEO of the National Geographic Society, which provided partial support for the study through its Big Cats Initiative.

“By working together and reaching out to the public for assistance, conservationists can chart the way forward to help secure the future of the cheetah,” said Dr. Stuart L. Pimm, Doris Duke Professor of Conservation Ecology at Duke’s Nicholas School, and senior author of the study.

Additional funding for the new study came from Duke University, the National Science Foundation (grant 1106401), the Messerli Foundation and the Comanis Foundation.

Researchers from 16 institutions contributed to the research. These include Duke; the Claws Conservancy; the University of Pretoria; the National Geographic Society; the Zoological Society of London; the Cheetah Conservation Program in Gabarone, Botswana; and the University of Alberta. They also include the Endangered Wildlife Trust of Johannesburg, South Africa; Kalahari Research and Conservation; the Denver Zoological Foundation; the Leibniz Institute for Zoo and Wildlife Research; the Lewis Foundation; the Cheetah Conservation Project of Zimbabwe; the N/a’an ku sê Foundation of Namibia; and the African Wildlife Conservation Fund.