DURHAM, N.C. – The amount of water being used to produce energy from coal, oil, and other fossil fuels is much larger than previously estimated but, big as it is, it’s still only part of fossil-fuel energy’s total water footprint, a new book by two Duke University researchers shows.

“To get the total footprint, you need to quantify not only how much water is used, but also how much is being lost through contamination. This book is the first to do that,” said Avner Vengosh, Distinguished Professor of Environmental Quality at Duke’s Nicholas School of the Environment. 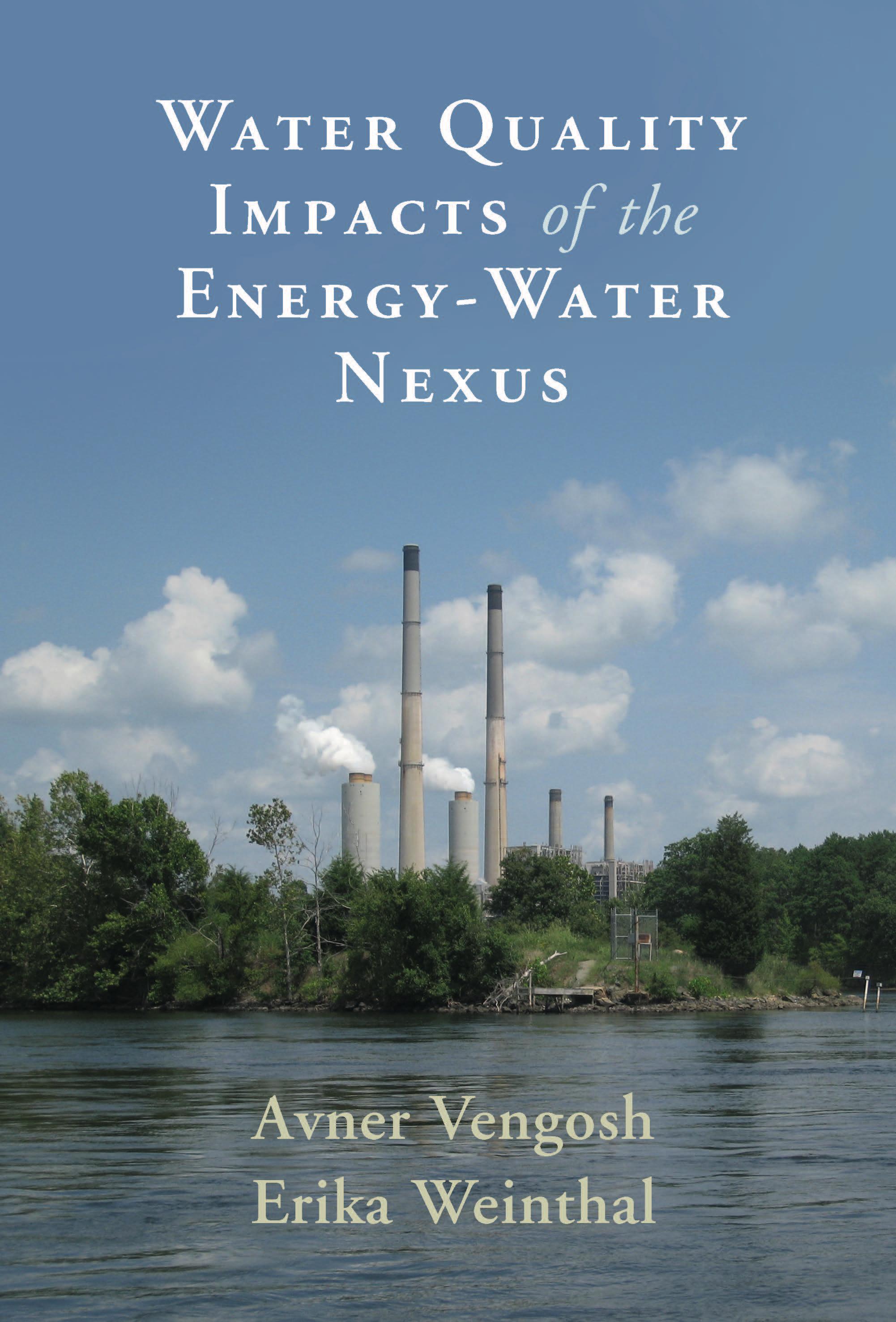 “Water Quality Impacts of the Energy-Water Nexus” was published in Europe and the United Kingdom on Feb. 22 by Cambridge University Press. It will be available in North America and Asia, in Kindle and hardback versions, in May but you can pre-order it now.

Approaching the issue from both a scientific and policy perspective “allowed us to do an integrated assessment of these impacts and summarize the effectiveness of a wide range of tools for monitoring or mitigating them, in the context of policy and regulations,” Weinthal said.

Keeping policy and governance considerations at the fore was important, she said, because while the water impacts of fossil-fuel energy production from conventional and unconventional sources alike are increasingly well documented, measures to regulate the impacts remain fractured and highly variable across and within countries.

To help bridge that divide, the new book provides detailed analyses of how energy production from coal, oil, shale gas and other fossil fuels can affect water quality and quantity at each stage in the production process, from mining, drilling or extraction by “fracking,” to combustion and the disposal of wastewater and waste solids such as coal ash.

It also describes the cutting-edge methods scientists have developed over the last decade to detect fossil fuel-derived water contamination and track it to its source—knowledge that can help inform and improve regulatory efforts.

“Other studies have looked at the issues of water use or contamination associated with fossil fuels production, but we take it one step further and use the most updated data to quantify the cumulative water loss, identify the best detection and monitoring methods, and calculate a more accurate global water footprint for fossil fuel energy production,” Vengosh said.

Among other notable findings, their analysis confirms that the amount of water that has been used to produce fossil fuel energy in recent decades is far greater than previously estimated. It also shows that despite the rise of renewable energy, fossil fuels still account for 80% of all energy consumption globally.

Vengosh is a geochemist whose research has led to the development of forensic tracers that can identify the isotopic “fingerprint” of a contaminant and trace it to its natural or human source. Much of his work focuses on the water-quality and human health impacts associated with contaminants from the extraction and combustion of fossil fuels and the disposal of their wastes. He has been named one of the world’s Most Highly Cited Researchers in each of the last three years.

Weinthal is widely cited for her expertise on global environmental politics and environmental security, with a focus on water and energy. She is a founding member of the Environmental Peacebuilding Association and was the recipient of the 2015 Women Peacebuilders for Water Award. She is the author or co-author of numerous scholarly books, including “The Oxford Handbook on Water Politics and Policy” (Oxford University Press 2018), “Oil is not a Curse” (Cambridge University Press 2010), and “State Making and Environmental Cooperation: Linking Domestic Politics and International Politics in Central Asia” (MIT Press 2002).

Note: Avner Vengosh is available for additional comment at vengosh@duke.edu. Erika Weinthal is available at Erika.weinthal@duke.edu.